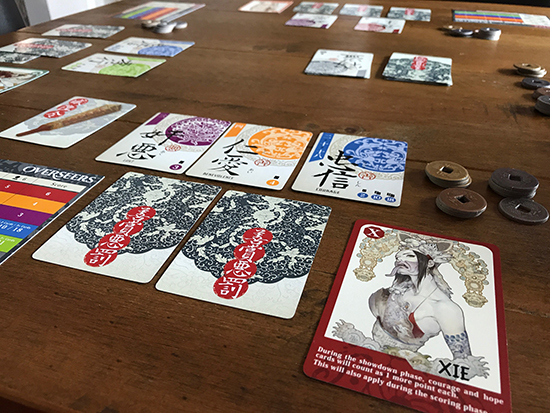 This game is the English re-working of a Taiwanese game in the Japanese language called Chenghuang: Guardian of the City. The English re-print is the result of a 2016 Kickstarter project which raised 712% of its funding target! Much to the pleasure of the fans of the original game, this version has maintained its much loved artwork.

The theme of this game was the most difficult thing to get my head round, even having gone through the instructions and read up online. I confess that I don’t fully understand it, possibly due to something being lost in translation, but I will do my best to explain:

Overseers have been sent by the Goddess to protect the world, by ensuring that a perfect balance exists between human virtues and vices. Unfortunately, the idea of this balance between traits doesn’t seem to actually translate across to the game play as far as I can see. At its heart, this is a game about card drafting with an added factor of having to bluff and read your opponents, that is not dissimilar to poker, except for the fact that there tends to be more discussion! The theme links in only because the different coloured cards are named after human traits such as Hope, Courage and Anger.

This is a really simple game to set up - one read through the relatively short rule book and you are good to go. As well as this, each player gets a reference card to remind them of card quantities, values, game stages and when to use various characters powers. This comes in very useful.

At the start of the game each player is dealt six trait cards and one character card as well as being given a voting token and their reference card. You will also need to randomly select a ‘leader’ who is given the leader card. Don’t spend too much time on this as this role only serves a purpose if there is a tie and will be decided in future rounds by who is in last place.

The game consists of three rounds and each round is made up of eight stages:

After three rounds of the above rotations, coins are added up and the player with the highest total is the winner.

There are four different areas of the game where tactical play is key:

Draft: During this phase, you not only need to be thinking about what card you will draft from each hand, you also need to try and remember what cards you have passed on, in order to try and build up a picture of what your opponents’ might be picking up for their hand. Effectively this is like a form of card counting. It can be even more effective in a three player game, when the card sets you have already seem come back round to you so you can see exactly which cards have been taken from them – if your memory is good, that is!

Placement: During this phase you must decide which three cards you are going to display face up and which two you are going to have face down in order to disguise what hand you actually have as well as you can. You may choose to display your low scoring cards and hide top scoring ones in order to avoid being caught out as the highest scorer and having to pay a penalty. Alternatively, you may want to display the best cards in order to get voted the highest when in fact you aren’t, as this can earn you an extra card from the discard pile and more points.

Vote: During this phase, prior to the final vote, players discuss who might have the highest score. Depending on whether you are hiding a high score or trying to make a low score look better than it is, you may choose to tell the truth, gently bluff or outright lie to your opponents’ about what may or may not be on your cards. I have found that games are much more enjoyable, the more players get involved in this phase – it’s pretty boring if you go straight into the vote!

Using your Character card: You are given a new character card for each of the three rounds and it is key that you make use of it. Each card can only be used during a certain phase of the game so if you forget to make use of it at that point, you lose your advantage.

This game is for 3 to 6 players, but I have to say the more the better, as the voting phase is pretty short with three players. It’s also worth pointing out that you don’t have to play just three rounds, you can play as many as you like if it takes more to really get into reading your opponants and bluffing your way out of trouble.

The art work is beautiful and a huge hit with a lot of fans, who were adamant that the English release needed to retain the original imigary. However, the illustrations, which are all of scantily-clad women are pretty risqué, meaning this game isn’t appropriate for youngsters.

The cards are good quality, however the coins are a bit of a problem. There are four different denominations (1, 5, 10 and 20) which are all the same shape and size. To make things worse the colours are very similar and the text on them is pretty faint, so it takes a while to differentiate between the coins and add up everybodys winnings at the end of each round. Ultimately this is a small annoyance as it’s a minor part of the game, but frustrating that the makers could get something so simple, so wrong.

The character cards do have a huge impact on the game and sadly their powers aren’t, in my opinion, well balanced. This means that if you are lucky enough to be dealt three of the more powerful character cards you could win with very little effort. Equally, if you end up getting three weaker characters you could be completely out of the running, however good your bluffing is. Chances are though, thanks to the fresh deal each round, that you will end up with a mix of powerful and weaker characters throughout the game, thus creating a balance.

The game play is interesting and different to a lot of other games. Scoring also tends to be close, you nearly always feel like you are in with a chance of winning up until the final round, which means you maintain interest throughout. It’s a nice easy game to set up and explain to others particularly if you are playing with people who are not big gamers. Its simplicity won’t appeal to everyone, neither will the lewd artwork, but equally there will be others that love both. Take a look if it sounds like it’s your cup of tea!

6
Not my cup of tea, but might be yours!
Gallery 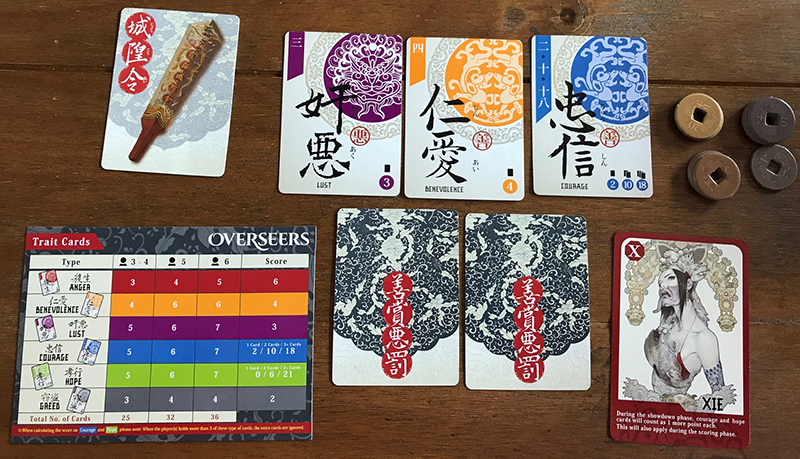 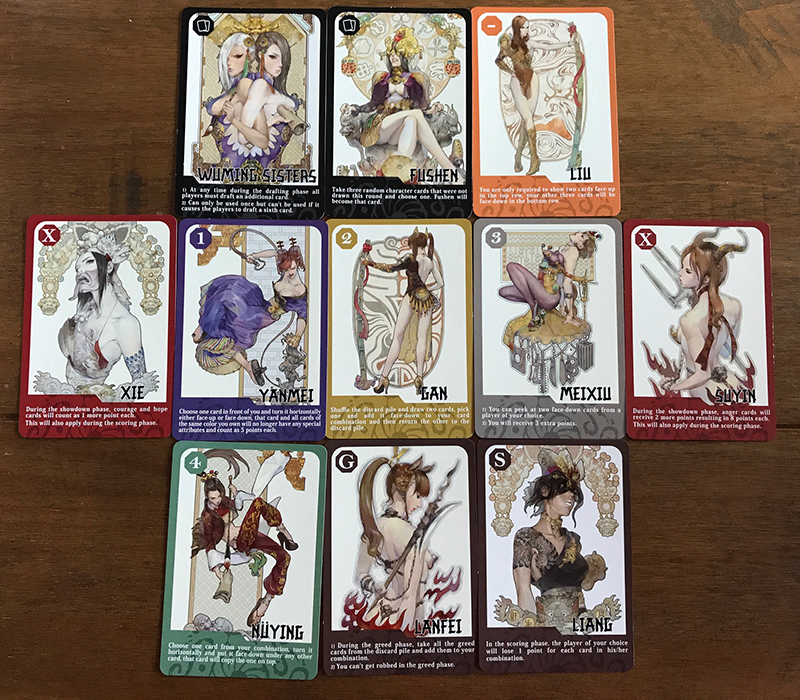 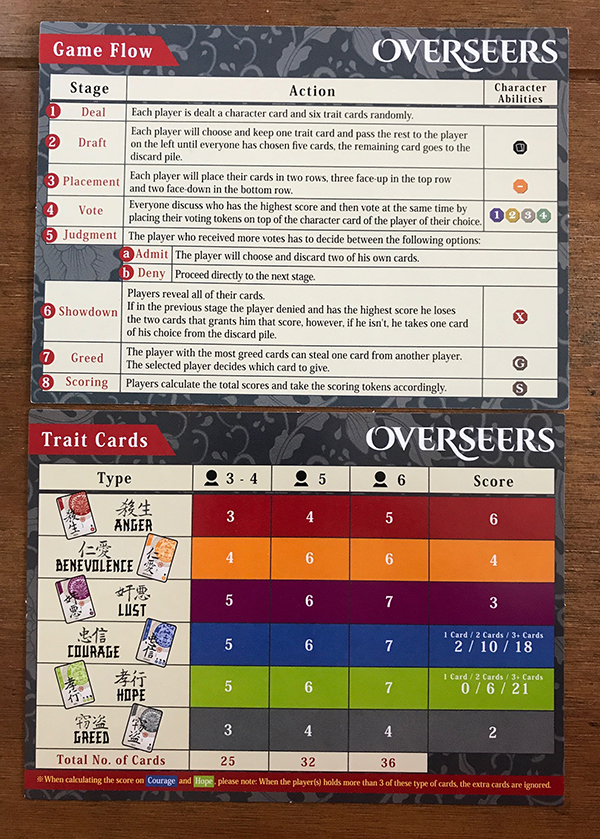