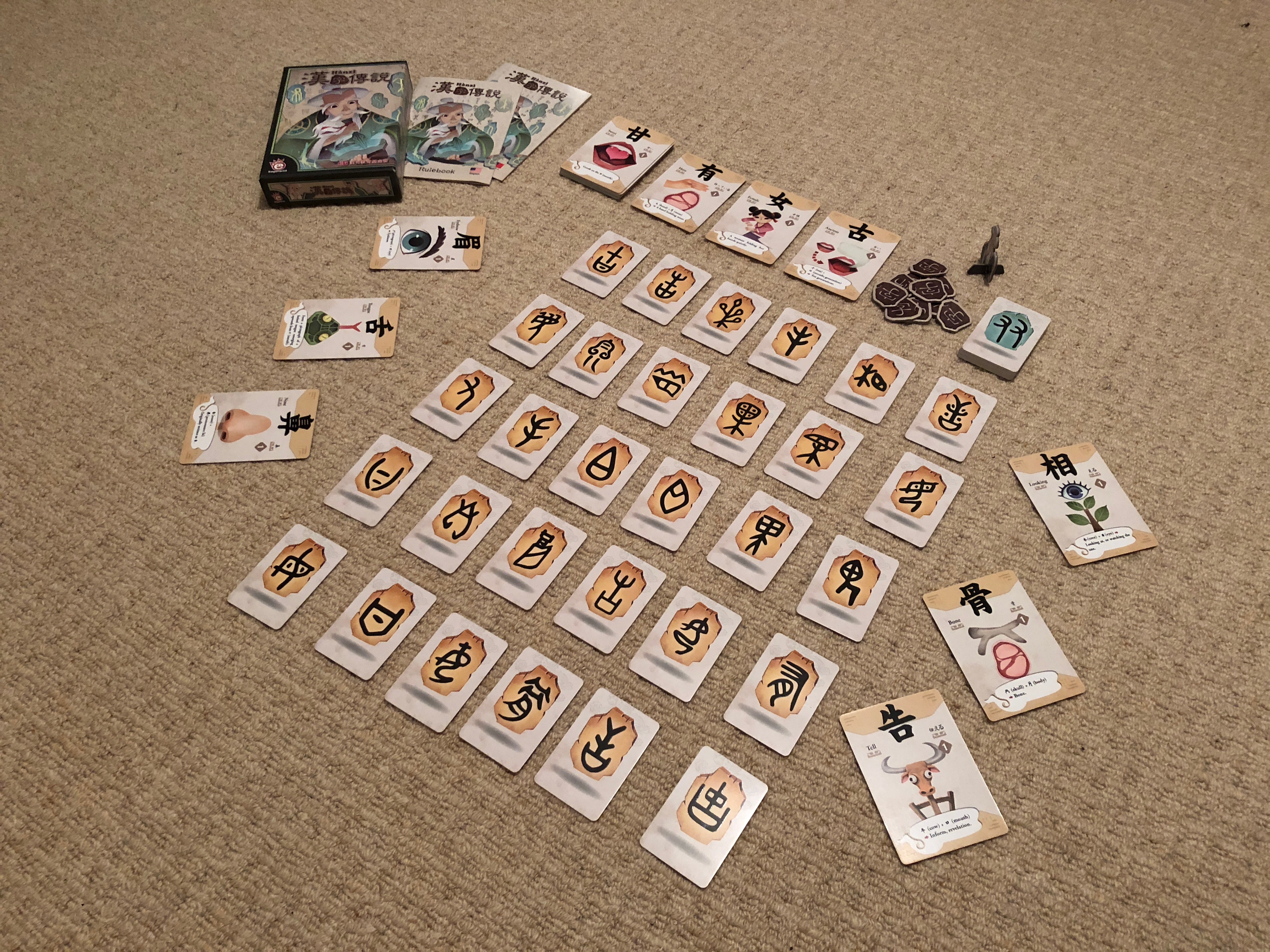 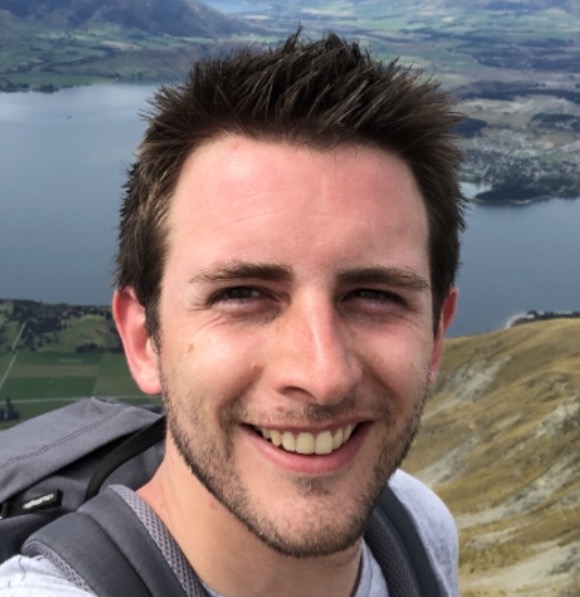 Theme is pretty light in Hànzi. In fact it is pretty much non-existent other than a couple of sentences explaining that players are pupils of the legendary creator of China’s written language, Cang Jie.

Although theme is weak that doesn’t detract from the general presentation of the game, the symbols are clear, the card stock feels of a nice quality and the descriptions and supporting images are easy to follow.

The aim of Hànzi is to earn victory points by correctly finding pairs of characters (much like a traditional game of pairs) that are on a players mission card. The first person to earn 10 victory points wins the game.

On each turn players must call out one of the mission cards in front of them, the character on that card is what the player is looking for this turn. If the player finds a matching pair of tablet cards they take both cards, placing the victory point card in front of them and placing the matching card with an ability in their hand. The tablet cards taken are replaced with ‘Age 2’ tablet cards, the player discards the complete mission card and takes a new one from the mission card supply (or from the player with the most if supply is exhausted) before play continues with the next player. If a matching pair is not found the tablet cards are flipped back over, the player takes a creation marker as compensation and the next player has their turn.

There are two additions to this game over a general memory matching game:

A player can play a tablet card with an ability from their hand, allowing the player to do things like swap mission cards with other players, steal another players creation markers or take an additional turn.

Hànzi has a limited life, but that is directly tied to it having served it’s purpose, once you have learnt all the characters there is not much point in getting it out to play anymore. Best pass it on to someone else who is interested in learning Mandarin.

I enjoyed playing Hànzi, however that comes with a big caveat; I am interest in learning Mandarin. Hànzi is a great learning tool for those in the early stages of learning Mandarin, it introduces players to some of the easier to learn characters along with character origins and composite elements of some of the more complex characters. The more you play, the more familiar you will become with the shapes that make up the characters and you will over time move from being able to make educated guesses about where the characters you are looking for. This is based on the older versions of the symbols on the back of the cards that do have similarities to those you are looking for, making it not just a memory game. This means you will learn but it will move away from being a game at all, especially if you are not playing with someone of an equal level to yourself.

I can’t recommend Hànzi based on the quality of it’s gameplay - it is a slightly modified memory matching game that will not interest many board game enthusiasts. What I can do however is highly recommend Hànzi as a learning tool for some friends or classmates interested in learning Mandarin together.

4
The perfect game if you are interested in learning Mandarin, not if you want a fun game.
COMMENT AND DISCUSS
blog comments powered by Disqus