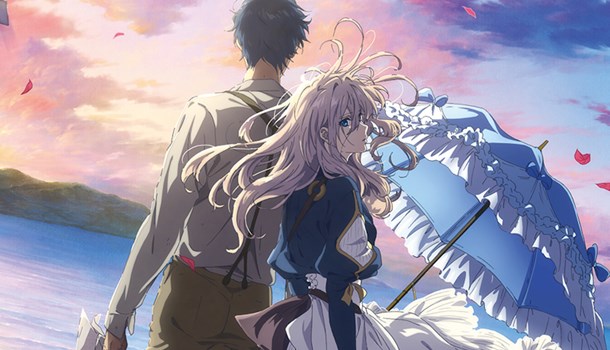 
Violet Evergarden The Movie will be shown in select UK and Ireland theatres on July 1st, as part of a special one-day-only event.

Available in the original Japanese with English subtitles, the film has been awarded plenty of praise by fans and critics alike. Hopefully the delay in lockdown restrictions won't have too much impact, but our advice is to book early to avoid missing out.

The highly anticipated sequel to 2018’s critically beloved anime series tells the final chapter in the story of Violet Evergarden, a former child soldier who in peacetime became an “Auto Memory Doll” ghostwriter tasked with putting her clients’ feelings into words they could not. This powerful and fitting finale will exceed fans’ expectations with poignant callbacks to the series’ most touching moments, and for bringing satisfying closure to its most burning question: the fate of Major Gilbert Bougainvillea, the superior officer who gave Violet her name, and much more. Those new to Violet Evergarden are in for a treat too, with a story fully equipped to bring old and new fans alike up to speed.

Produced by the world-renowned Kyoto Animation who brought us A Silent Voice, Violet Evergarden: The Movie is a visual masterclass from its idyllic landscapes, to the subtle shimmers of tear-filled eyes. Coupled with moving performances from a cast led by Attack On Titan alumnus Yui Ishikawa, it’s no surprise that Violet Evergarden: The Movie has proven a hit on the Japanese awards circuit, winning the Grand Prize for Feature Film Animation at the Tokyo Anime Awards Festival, and earning nominations by both the Japan Academy Film Prize and Mainichi Film Awards.

Violet Evergarden has always been an emotionally breathtaking tribute to the power of words and the connections we make in life, which makes it all the more fitting to be one of Anime Limited’s first theatrical release since the start of the pandemic, giving fans of this beloved series a long awaited opportunity to once again celebrate Japanese anime, and life itself.

Violet Evergarden, a former child soldier turned “Auto Memory Doll” scribe, has made a name for herself writing letters that evoke the feelings her clients cannot, in pursuit of understanding the meaning behind the “I love you” spoken to her long ago. When a terminally ill boy asks her to fulfill one last request for his family, Violet must confront her own feelings of love, loss, and her past with the one who told her those cherished words in order to write one final letter.

Violet Evergarden: The Movie will be released in cinemas in UK/IRE for one-day only on 1st July 2021. The film will be available in Japanese with English subtitles. For tickets and screening information, please visit www.VioletEvergardenFilm.co.uk