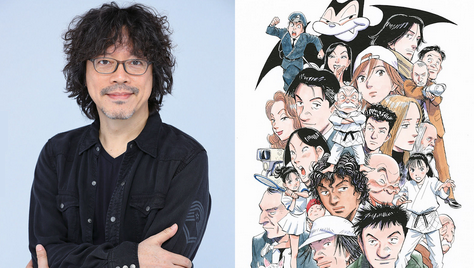 Japan House, an organisation set up to spread Japanese culture through talks and demonstrations, have announced that URASAWA Naoki, creator of the hit manga series Monster and 20th Century Boys, will be doing a combination live drawing and discussion of his 33 year career that has resulted in not only multiple successful series, but also a plethora of awards from the Tezuka Osamu Cultural Prize to the prestigious western comic award the Eisner Award.

The event will also have a connection to our own website as former UKA writer Matt Kamen will be talking with Urasawa, as part of a cross promotion between culture magazine WIRED and Japan House.

The event will be taking place on Wednesday 5 June between 18:30-21:30 at their London offices, however places will be limited so book now (via their dedicated event page) if you want a rare opportunity to see him in action - well that and a chance to say hi to Matt!