The FAIRY TALE Guild Box is available to pre-order tomorrow 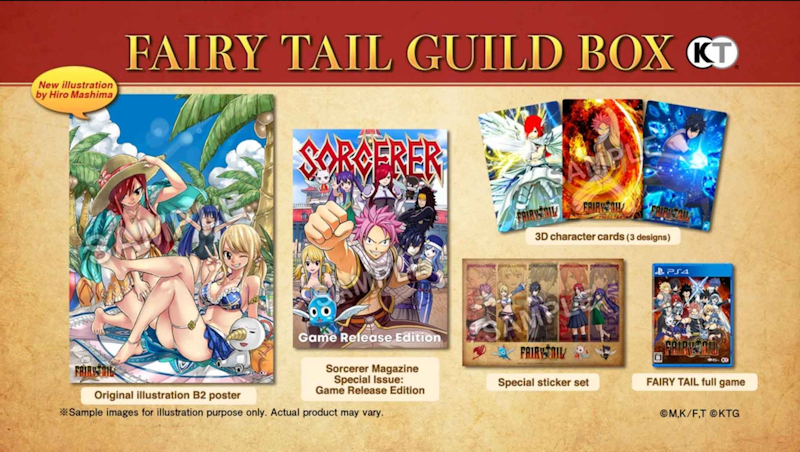 The upcoming FAIRY TALE game for Nintendo Switch and PS4 will be available to pre-order from midday tomorrow.  Retailing at £99.99, check out the details below.

“KOEI TECMO Europe is excited to reveal a limited Guild Box edition of FAIRY TAIL, available exclusively through the game’s official website. Pre-orders are set to open Thursday 23rd April 2020 at 12pm BST. This version of the game is packed with must-have content for FAIRY TAIL fans, including a cloth poster with an original illustration by Hiro Mashima, a special ‘Game Release Edition’ of the Sorcerer Weekly Magazine, three 3D character cards, a special sticker set featuring the key members of the FAIRY TAIL guild, and a physical copy of the Nintendo Switch™ or PlayStation®4 computer entertainment system version of the game – or a digital code for Windows PC via Steam®.”