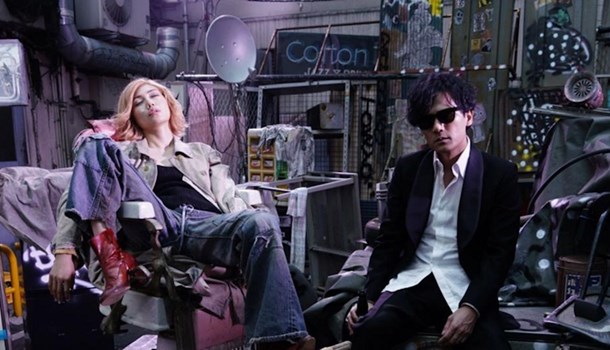 
Third Window Films has releasd Tezuka's Barbara for UK audiences on dual format DVD & Blu Ray. Rated 18 and baed on Tezuka's work from 1973, the film is best described as a mature and sexually charged piece of Japanese Cinema.

Our very own Japanese cinephile, Richard Durrance, is currently working on his review - in the meantime check out the details below:

One of Osamu Tezuka’s most adult and sexually-charged works, Barbara (1973-74) was originally serialized as a follow-up to Ayako (1972-73) in Big Comic from July 1973 to May 1974. Barbara is an adult-orientated fantasy tale filled with love and the occult from Osamu Tezuka’s reimagining of “The Tales of Hoffmann”. Its story deals with the erotic and bizarre experiences of a famous novelist called Yosuke Mikura whose life is tossed upside down by a mysterious girl named “Barbara”. The controversial story, dealing with various taboos such as forbidden love, mystery, art, Eros, scandal and occultism, was said to have been impossible to be cinematized at the time of its original publication, but was made into a live-action film for the 90th Anniversary of Osamu Tezuka’s birth by his son Macoto Tezka (The Legend of the Stardust Brothers) with award-winning cinematographer Christopher Doyle (In the Mood for Love) on camera and starring Japan's hottest actors Fumi Nikaido (Himizu) and Goro Inagaki (13 Assassins).