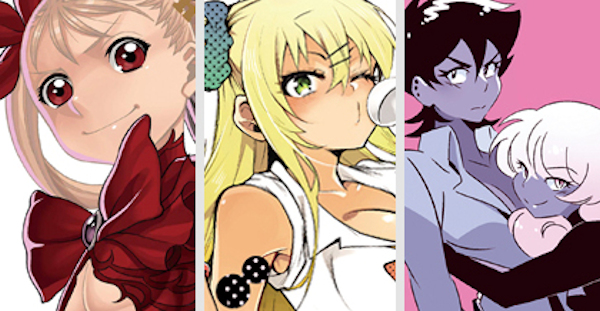 Seven Seas have announced, via their website, three new titles to coming to their catalogue:

Several years after the release of the final volume of Dance in the Vampire Bund II: Scarlet Order, the hit supernatural tale is back with an all-new series. Age of Scarlet Order, abbreviated as A.S.O., follows the continuing adventures of Mina Tepes, the revolutionary queen of the vampires. Along with her faithful werewolf bodyguard Akira, Mina will not rest until vampires and humans can coexist in peace–even when certain factions of the world want her dead. This series is an exciting new chapter of the supernatural action/drama manga that has been a staple in the Seven Seas line-up for a decade.

In addition, Seven Seas will be re-releasing the original Dance in the Vampire Bund manga volumes in digital format in 2019. These ebook editions will be available in English on multiple digital platforms to keep the long-running series available for both new and veteran fans.

Okazaki Miku is a “gal”: a fun-loving high school student who expresses herself through bleached hair, sexy clothes, and heaps of accessories. Unfortunately, she’s also flunking every class. When she asks her Home Economics teacher, Yabe Shinji, to help her bake bribery cookies for her disappointed teachers, she finds a new excitement in that small success–and Shinji is moved by her enthusiasm. Shinji decides to start a cooking club to better connect with his students, and Miku is first in line to join!

Leo’s the hottest senior at Princess Andromeda Academy, and her adoring fangirls have one goal: to beat her in a road race so she’ll go out with them. Unfortunately, the only thing Leo loves more than breaking hearts is her faithful old bike, Bethany. But the arrival of mysterious new student Vega upends her daily routine forever.

This sharp and hilarious lesbian romcom is a bold new book for both yuri manga fans and readers hungry for English-original LGBT+ fun. As the industry leader in yuri manga, Seven Seas is proud to expand their line-up with the fantastic ROADQUEEN, and will release a new edition of the book–with the first chapter printed entirely in color–into stores across North America and beyond.