Evangelion: Thrice Upon a Time to premiere Worldwide on Amazon 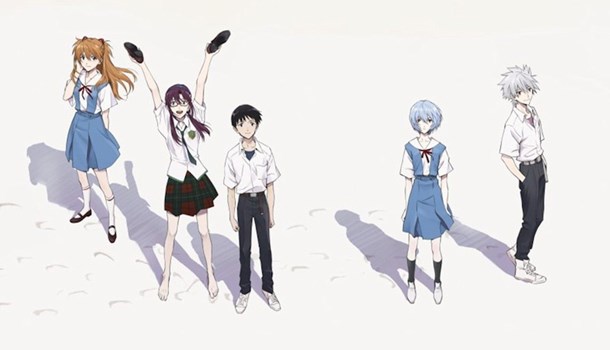 Evangelion: Thrice Upon a Time to premiere Worldwide on Amazon


The eagerly awaited Evangelion 3.0+1.01 Thrice Upon a Time will be making its worldwide debut on Amazon Prime on August 13th.

The film has been seen by 6.3M anime fans since its March debut. The other 3 films in the franchise will also be available to watch, making for a pretty epic movie marathon to look forward to.

The first film, Evangelion 1.11 You Are Not Alone was released in 2007, meaning fans have had to wait 14 years to enjoy the conclusion to Hideaki Anno's modern day masterpiece.

The latest film is directed by Kazuya Tsurumaki, Katsuichi Nakayama and Mahiro Maeda, lead by Anno himself as chief screenwriter and director.

From teh Press Release:

“The Evangelion films have been thrilling fans for years and we know that there is a huge appetite around the world for the finale,” said Brad Beale Vice President, Worldwide Content Licensing Prime Video.

“I’d like to thank every Eva fan in the world for your continued support.” said Anno. “We were looking for the best way to offer the movie to fans overseas as early as possible in a challenging situation with movie theaters during COVID-19, and are happy to have found Prime Video as a partner to stream it globally. We highly recommend watching it on a big TV screen for the best viewing experience.”