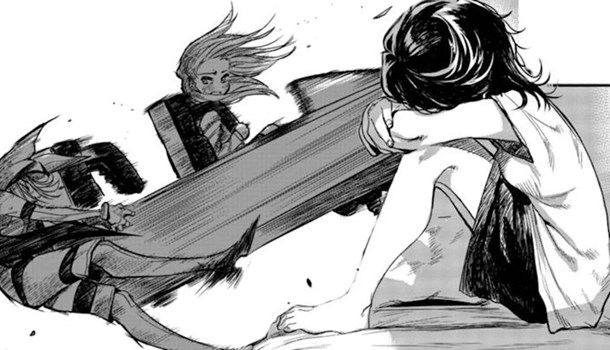 It's fair to say that American super-hero comics are in something of a slump, both creatively and commercially. Manga dominates the sales charts, the once solid "MCU" is now on seriously shaky ground after a disastrous Phase 4, and DC is being gutted by James Gunn after the failure of Black Adam. And yet, as is the nature of the heroes themselves, there's still something a little bit special about the lycra-clad characters saving the day, especially when the Japanese try their hand at it. My Hero Academia and Tiger & Bunny are fresh and fun takes on the genre, the former taking cues from X-Men, the latter leaning into the commercial heroics lampooned so effectively in Amazon's The Boys.

With Shy, author/artist Bukimi Miki taps into that rich vein of reluctant super-heroics, the underdog that feels out of place in a wider pantheon of international super heroes (aka the Spider-Man effect). As Japan's reigning hero, she's demure, lacks confidence and feels very much out of her depth, especially when viewed alongside more mature and confident practitioners of the trade such as Russia's hero, Spirit, the US caped crusader Century or even British rock star crime-fighter Stardust. Every country has its own super-powered vanguard, keeping the population safe from disaster and crime. However, the emergence of super-heroes is no accident, and a larger threat looms in the background.

My first thought on reading Shy was how much Teru (or Shy) reminded me of Empowered, Adam Warren's perpetually embarrassed superheroine, but without the kink. Empowered is equally embarrassed by her costume and feels unsuited to super-heroics, as well as blushing nervously, just like Shy.

Teru is unsure of herself and, outside of her rather cool costume, a fairly normal girl - the author's notes state that they didn't want Teru to be too cute or sexy, and I think they've done a marvellous job with the "everygirl" style. The artwork in general is gorgeous, very dynamic when the heroics are on show, but equally interesting and easy to follow on the less action-packed pages. There's one page in particular that really impressed, with Teru and her friend Koishikawa walking along with a montage of events like photos scattered behind them. It's a really creative and interesting way to showcase a day out in a limited space, and I really fell in love with the style of the book. It even has elements of body-horror which took me completely by surprise, because up until those pages, it all seemed rather normal and wholesome.

By the end of the book, we have a mysterious antagonist, a looming threat and a number of interesting heroes to bolster the ranks of the forces of good. The pacing keeps things brisk, while allowing us to discover the personalities of the main players, and thankfully Shy's nervous nature is kept endearing and not a source of constant annoyance. I'm not a fan of overly-timid leading characters, but Shy is determined enough to overcome her insecurities that she's never irritating or cast as a pathetic figure.

In all, this is a compelling look at a new team of heroes with instant gravitas and a credible threat to face. Amazing how manga can throw together a superhero team that grabs your attention while Marvel and DC are currently so poor at doing the same.

8
A strong start with a likeable lead, Shy is a great point of view character into what appears to be an exciting new universe of super heroics.