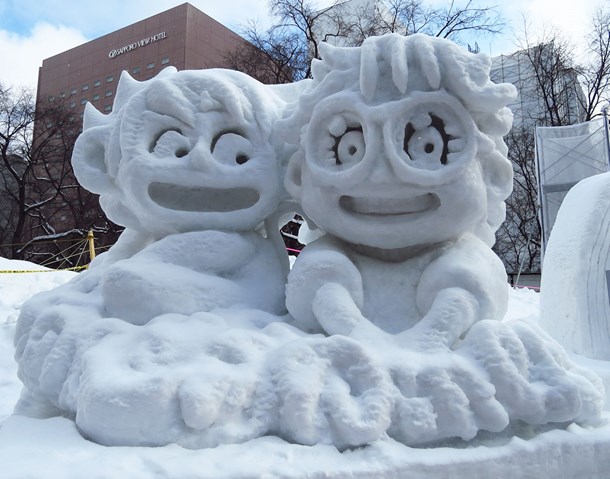 The Sapporo Snow Festival is an annual event that has been going since 1950. The event now lasts for 12 days in total, at the start of February every year.

Sapporo is the major city on the Japanese island of Hokkaido, situated at the north of the country. The difference in climate between this part of the country and the more southern islands is very similar to that between England and the Arctic Circle. The island of Hokkaido can consistently rely on sub zero temperatures throughout the winter, making it a key destination for winter sports fans – Sapporo itself even played host to the Winter Olympics back in 1972. The snow festival is the key date in the city’s annual calendar, making February their ‘peak’ season, when this would definitely be considered an ‘off peak’ time to visit the rest of the country.

Sapporo has a pretty large airport, but this mainly takes internal flights, so you would have to go via Osaka or Tokyo to get there, the latter being the route we took. It is then about a 50 minute train journey from the airport into the city centre. From there, it is best to make use of the local bus network to reach your final destination. It’s worth doing your homework first on the buses as English is limited on signage!

The festival itself is spread across three different areas of the city - it is not a ticketed event and is completely free. So as long as you can find a hotel, you’re going to be able to join in the festivities. We advise not choosing a hotel on the outskirts of the city and booking early.

This area is situated in the centre of the city’s main shopping district and consisted of a long run of ice sculptures that ran down the center of the road for about 4 blocks. Through the day, traffic was allowed down the roads either side of the sculptures, which was a little irritating, but at night the streets were pedestrianized, meaning that you could walk closer, and in some cases, amongst the exhibits.

It appeared that a lot of the sculptures here were sponsored by various different businesses and therefore the themes were often linked in some way to the sponsor's trade. A lot were themed around animals or mythical creatures. At the end of the run was an area with larger structures that were illuminated at night and a small ice slide.

I would definitely recommend visiting this area at night, in order to avoid the traffic and to see the full effect of the illuminations. The sculptures themselves were, in the majority, very intricate and obviously produced with a great deal of skill. That said, there was one exhibit that was merely some cartoon pictures, frozen inside ice – frankly, I think that’s cheating!

This is the main site of the festivities and is spread across the full length on the city’s Odori Park, which spans 1km of the city centre. It’s about a 10 minute walk from the Suskino site, with plenty of shops and eateries in-between.  You can enter this site at any point, but thanks to Japanese efficiency, there is a strict one-way system, meaning that you walk one way down one side of the site and walk back the other side. There are plenty of points along the way for you to cut through to change direction if you don’t want to do the whole 2km round trip.

As you travel round there are many food and drink stalls, souvenir stalls and other small attractions – but no bins as they don’t provide rubbish bins in Japan, so be prepared to take your waste home! Also, at regular intervals there are larger attractions. This year, this included:

At the far end of the park you eventually come to the area containing all of the entries from the International Snow Sculpture competition that takes place in time for the opening of the festival. The competition winners this year were the team from Thailand, who had sculpted what, from a distance, I thought looked like two dragons, but was in fact two chickens in a ‘cock fight’. In fairness it was an amazing sculpture, albeit with an odd theme.

We really enjoyed going around this site and did it once during the day (much less footfall at this point) and once during the evening. The evening visit is a must, as this was when all of the light displays and the majority of the other performances were taking place. The food and drink at the site was a little hit and miss, but there are plenty of other places around the site to find an alternative if necessary.

This site is out of town at one of the city’s sport stadiums, but there was a cheap shuttle bus service to get you there, which ran from both of the other sites. The issue with the shuttle bus was that it only ran once per hour. This isn’t a huge problem on the way there, as you could always choose not to travel if the bus was too full. However, once you are out at the site, in the middle of nowhere, the bus is your only option to get back into town and to say we were rammed in like sardines on the way back would be an understatement – everyone wants to get on, because no-one wants to wait another whole hour for the next one!

We felt that this site was geared more toward children. Outside there was a large ice slide and you could take a trip in a raft towed behind a skiddoo and these were both suitable for adults. Other than that, there was snowball target practice, a snow maze (about a metre high) and snowman building that were definitely more of an attraction for the younger generation.

Inside at the venue there were a lot of small stalls, more kids attractions like ball pools and bouncy castles and a few more unusual activities, such as the chance to try your hand a curling. There were also plenty of food options available again.

The big win here – it’s all free (aside from the bus far which equates to about £2)! So no great loss if you don’t get hours of enjoyment out of the activities. My advice would be to head here early – get the first bus – that way you can head back early and avoid the rush for the return buses.

It would be wrong to talk about the Snow Festival without mentioning the festival mascot – Snow Miku. It is traditional for Japanese events to have an animated mascot and Miku is a well-loved favourite. This cute lady, although perhaps inappropriately dressed for snow, appears on all of the promotional material and the majority of the official festival merchandise, sometimes accompanied by her bunny companion. There was also a special edition figure created for the event, but much to Ross’s disappointment the launch event for this was the day after we left – learn from our mistake and research this if you’re a figure fan and planning a visit to the festival. [Ed: Available at WonFes!] We did however pick up a few pieces of the official ‘merch’ to give away on the site. Take a look in our competition area if you want to get your hands on something exclusive from the festival!

Read on to find out what else Sapporo has to offer... 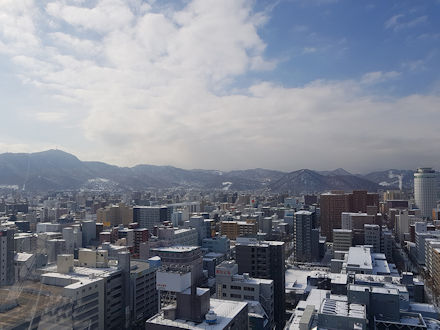 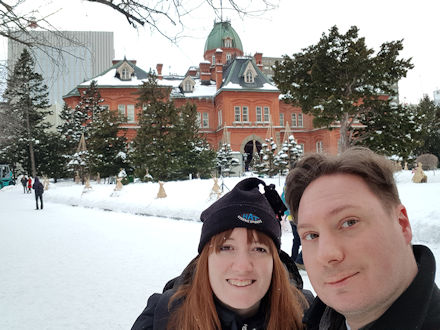 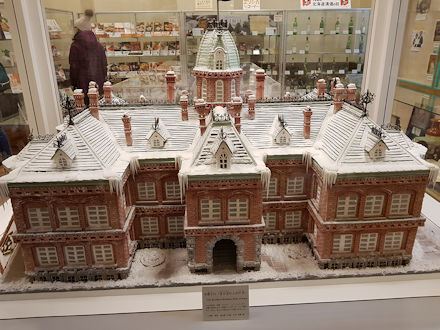 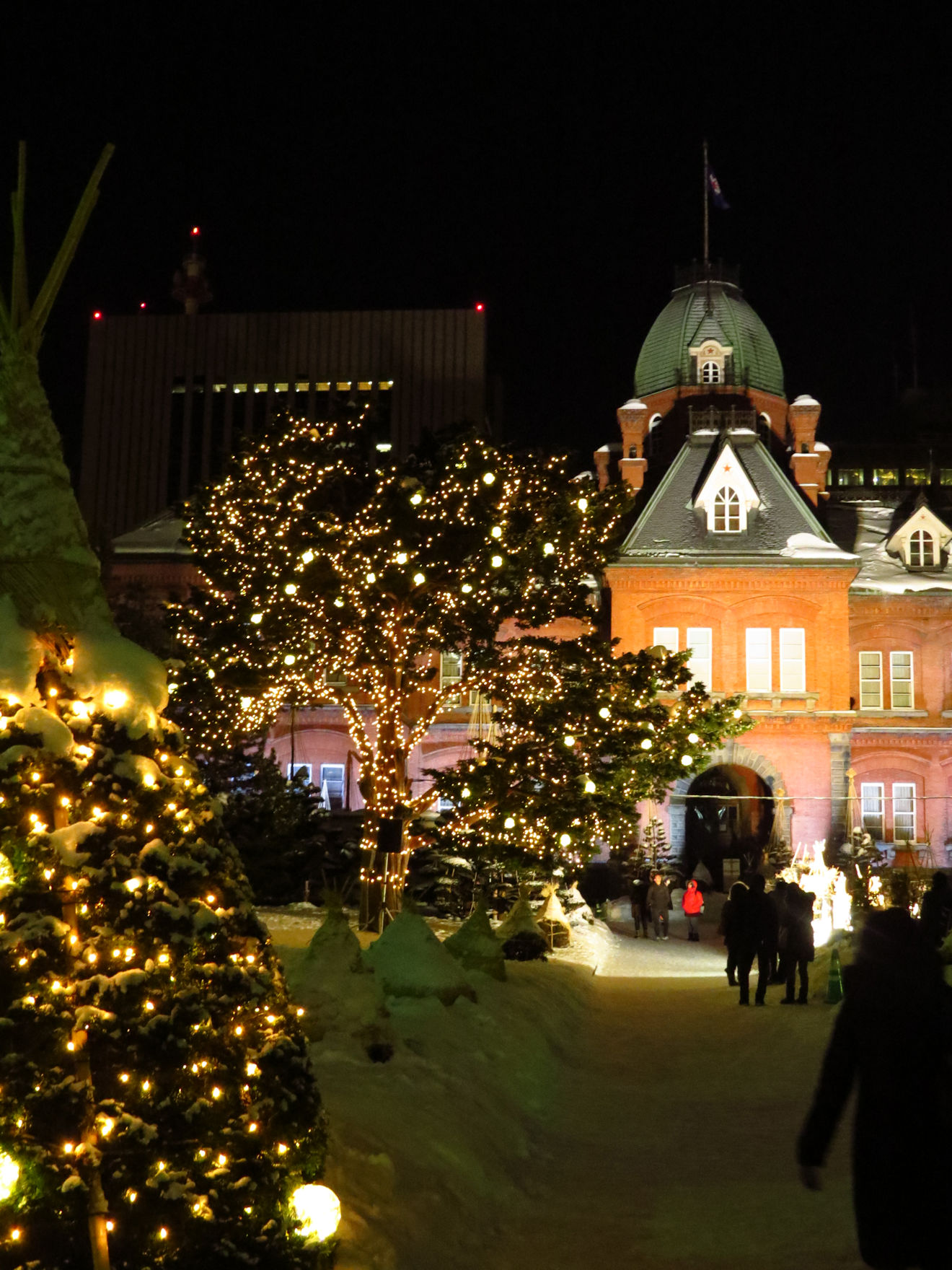 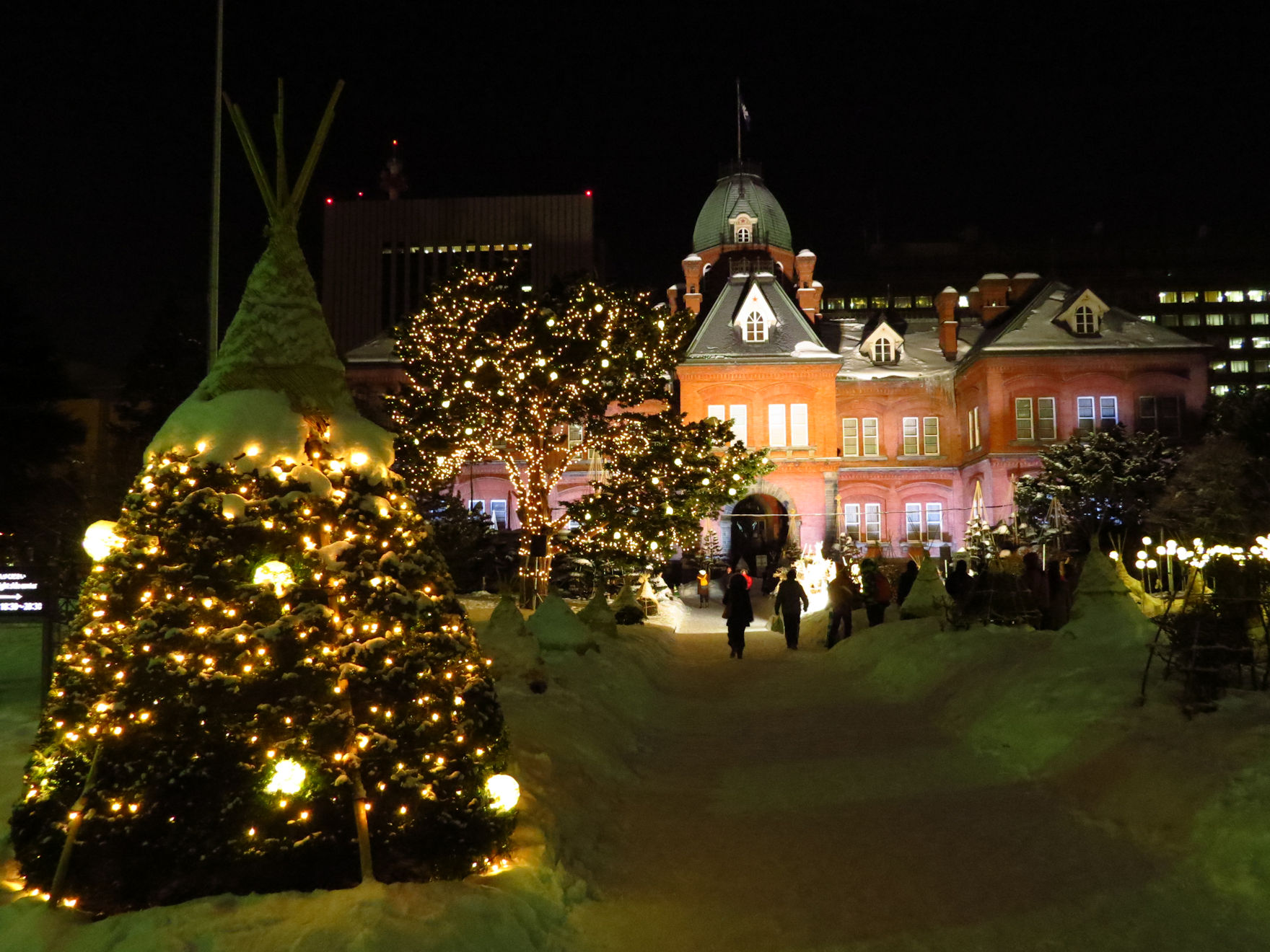 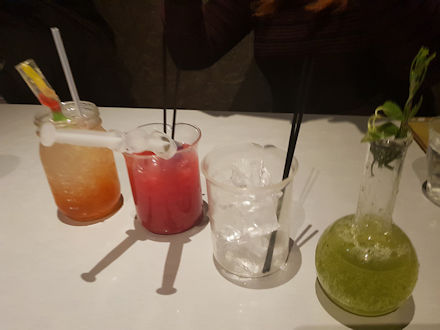 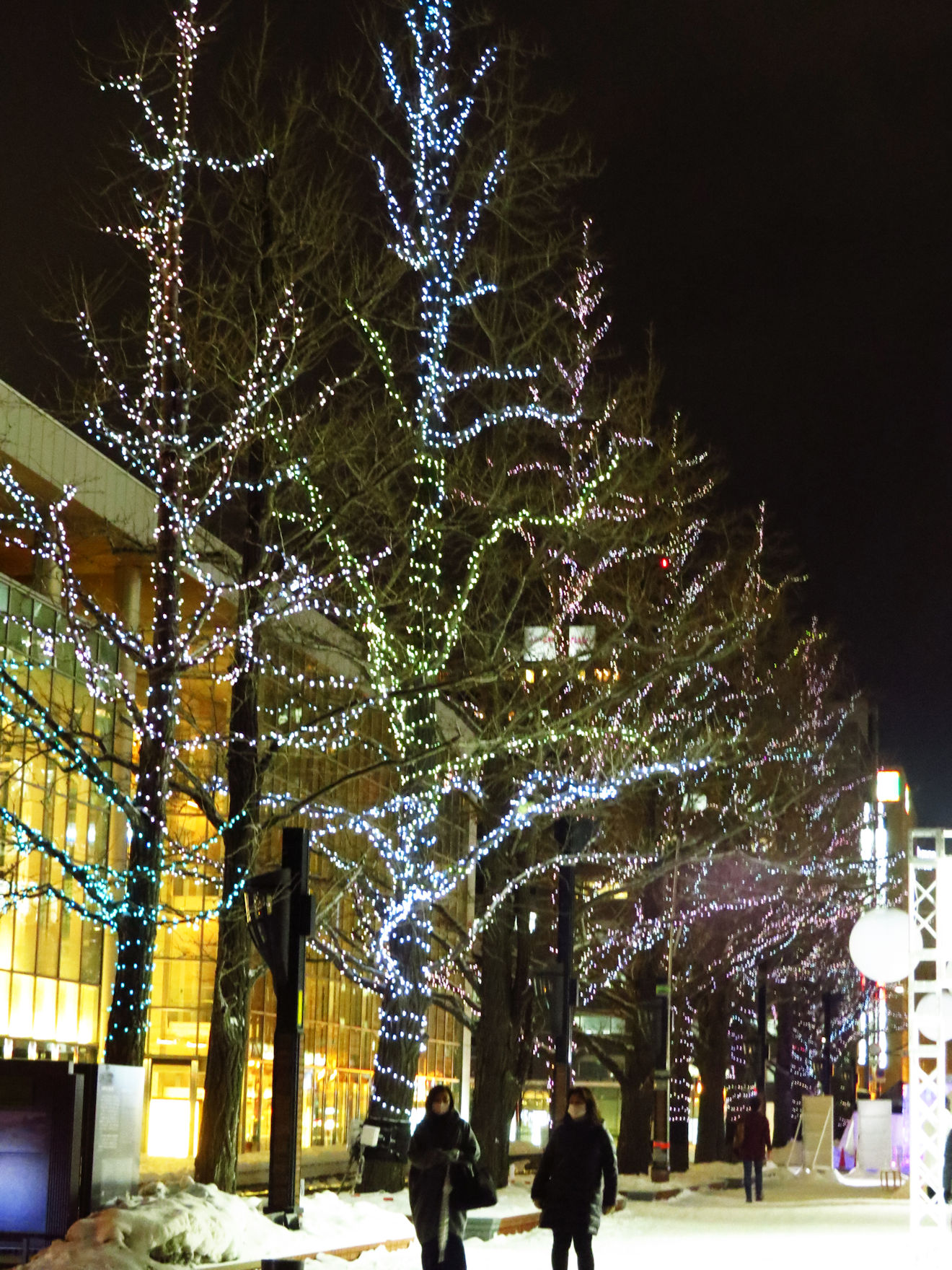 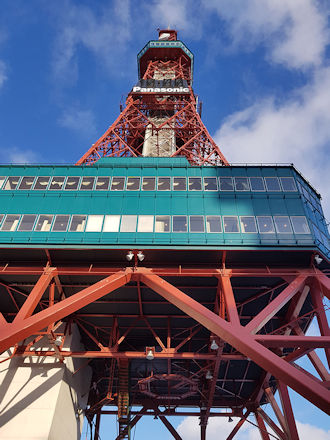 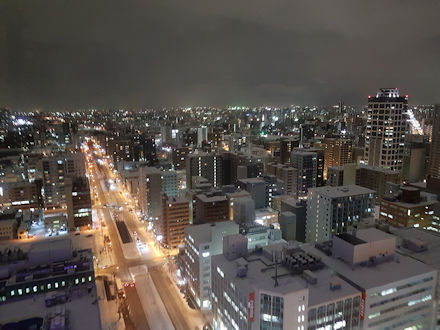 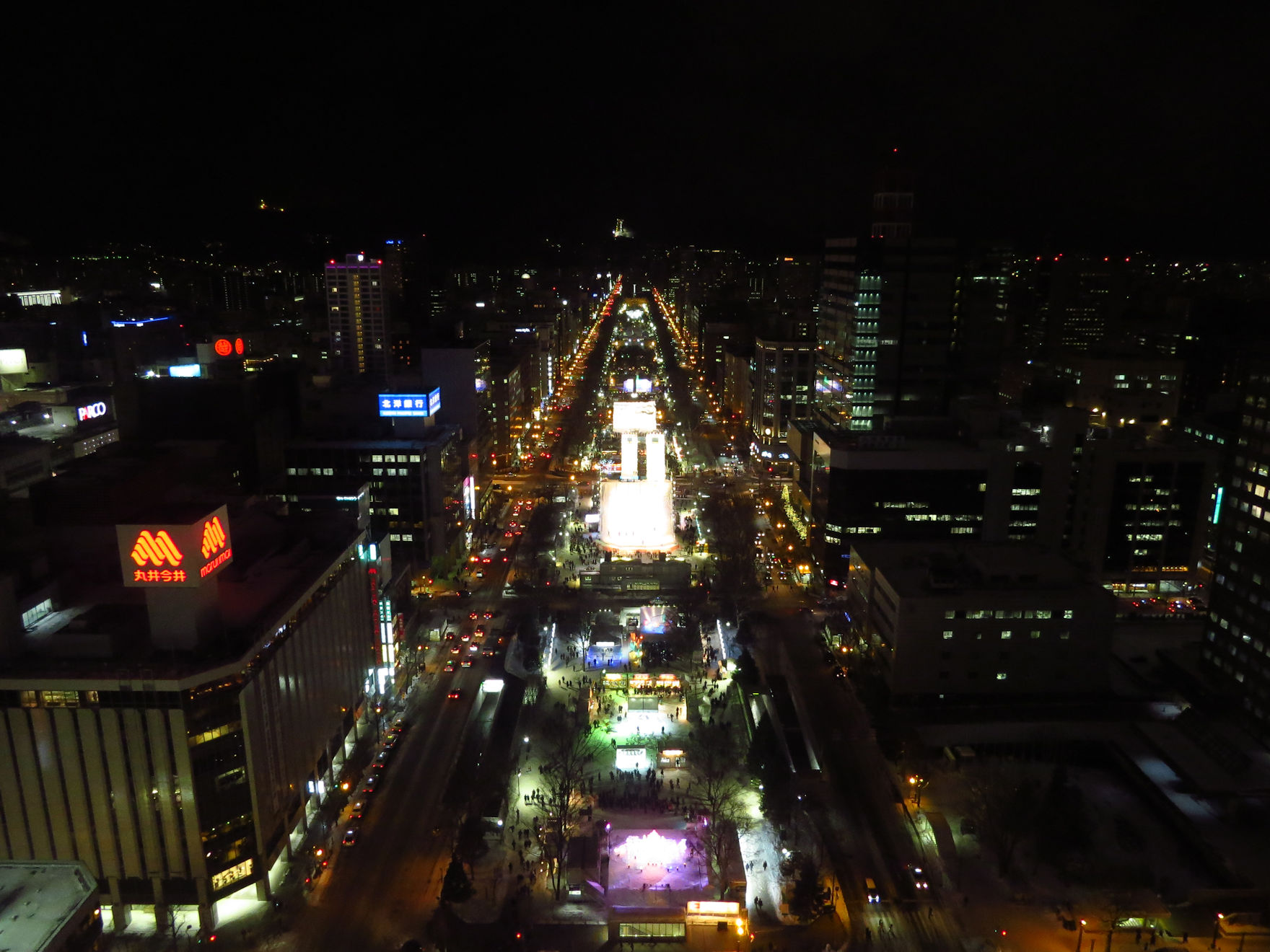 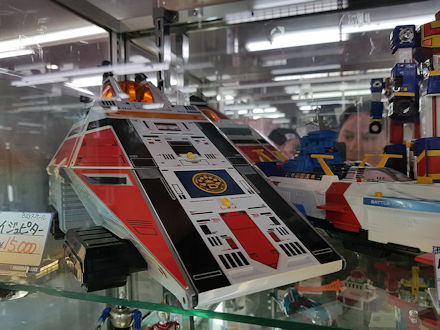 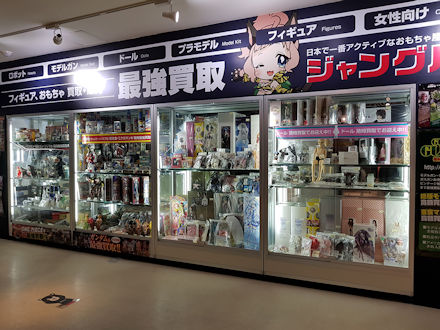 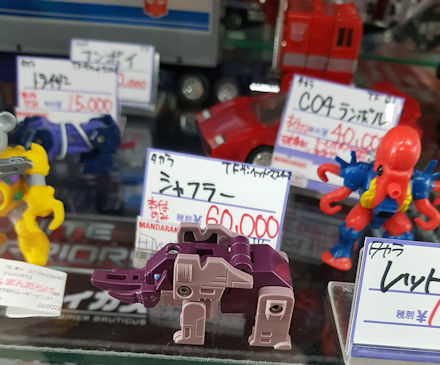 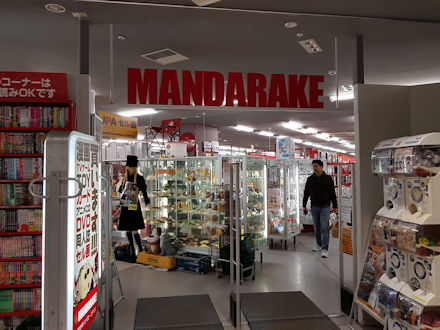