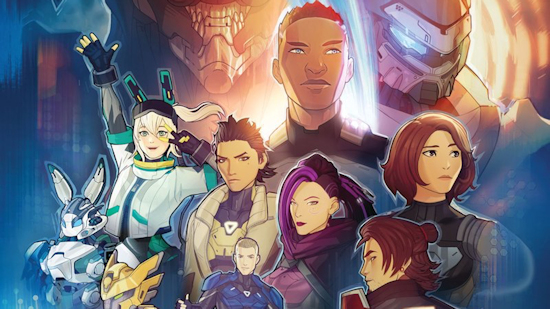 Crunchyroll has announced that the latest opus from Rooster Teeth (RWBY), gen:LOCK,  has landed on the streaming anime platform for subscribers.

Set fifty years in the future, an oppressive authoritarian force threatens to conquer the world. A daring team is recruited to pilot a new form of weaponized neuroscience that powers devastating mecha, but they must be willing to sacrifice everything to save the world.

Starring the voice talents of Michael B. Jordan (Creed), David Tennant (Jessica Jones), Dakota Fanning (The Alienist), Maisie Williams (Game of Thrones) and Asia Kate Dillon (Billions), the series has a wealth of acting talent on board.

All 8 episodes are available to watch now.