Words Bubble Up Like Soda Pop trailer from Netflix 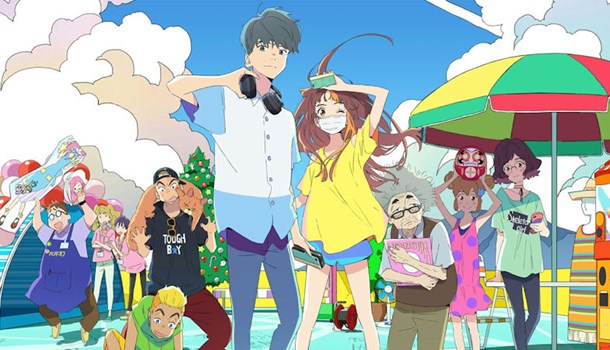 Words Bubble Up Like Soda Pop trailer from Netflix


Netflix has dropped a trailer for their upcoming Words Bubble Up Like Soda Pop, the latest original anime movie their originals series. The film is being released to celebrate the 10th anniversary of Victor Entertainment and their music label, Flying Dog.

The film is written by Dai Saito (Cowboy Bebop, Samuai Champloo) and directed by  Kyōhei Ishiguro of Your Lie in April fame. Kensuke Ushio has handled the distcintive characrer designs.

Synopsis:
Cherry, a Japanese high schooler who is terrible at communicating with others hides behind his headphones and his hobby of writing Japanese haiku poems. Smile, a young girl who uses braces for her large teeth hides her smile behind a mask, but that hasn’t stopped her from becoming a popular video star after streaming a video about cuteness. When the pair meet at a mundane shopping mall, through music, videos, and poems a cute romance begins.

The film is slated for release on July 22nd.