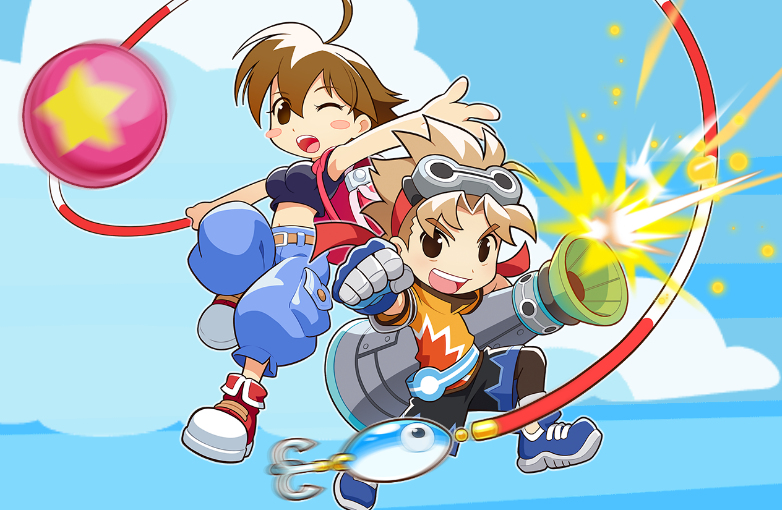 Popular Japanese platformer franchise Umihara Kawase is back, with Umihara Kawase BaZooKa! The game will hit Playstation 4 and Nintendo Switch on July 4th, and a teaser trailer has now launched to provide a flavour of what's to come.

Originally launched in 1994 on the Super Nintendo, the franchise has seen numerous updates and sequels on a bevvy of popular consoles. The classic game still holds up, and you can keep track of updates on the official website.

Umihara Kawase BaZooKa! is a fast-paced action game where the player’s goal is to clear the screen of enemies by performing skilful combos with their Bazooka and an extraordinary fishing rod. Screens feature moving platforms, perilous obstacles and quirky enemy sea life. Not forgetting the other players, all eager to secure their victory.

Umihara Kawase - Umihara Kawase is an iconic series of platform games from Japan that feature a young sushi chef named Umihara Kawase, who lives in a world of strange and mysterious seawater creatures.

Hooking Up - Umihara Kawase BaZooKa! presents challenging platforming cavorting, where the players can use the environment to their advantage. Using a fishing line to hook an enemy or another player and banish it, is one of the most important techniques to be mastered. The multifunctional fishing rod can also be used as a magical grappling hook to overcome obstacles and to quickly travel across the stage. But that’s not all, you can also shoot gigantic balls with your enchanted Bazooka. If you run out of ammo, simply catch one of the mysterious creatures, use it to recharge the magical weapon and you are back in Bazooka-Action.

Fast-paced Competitive Multiplayer Umihara Kawase BaZooKa! offers multiplayer action at its very best and competitive gamers are bestowed with fast-paced battles. Fire up your skills to be the last one standing in Battle Royale Mode!

In the Mode - In single-player mode you have to clear the screens of all enemies. With up to 4 players, the multiplayer mode can be played in competitive mode or in co-op mode. Online and offline battle modes are available, so you can seek contestants at home on the couch, but also from around the world.

Have you ever wanted to use a herd of sheep in a battle? We got you covered! Or would you rather prefer to summon a fire dragon? No problem! Each of the 22 in-game characters uses a unique special attack that can decide the tide of the fight. Other attacks consist of multi bombs, sword dance, space-time dash, homing bullets and many more.

Helmut Schmitz CEO at ININ Games concludes, "Umihara Kawase is a well-known and famous brand. There have been many successful renditions going right back to the Nintendo Super Famicom release. Umihara Kawase BaZooKa! not only offers great single-player options, but also multiplayer with 4 players and E-sports opportunities that will open up the game to a wider fanbase. Innovative skills, new challenges, infinite possibilities, superb mechanics, pixel-perfect physics and a cool cast, what more can you ask for? It’s one of those games that will keep you coming back for more.”