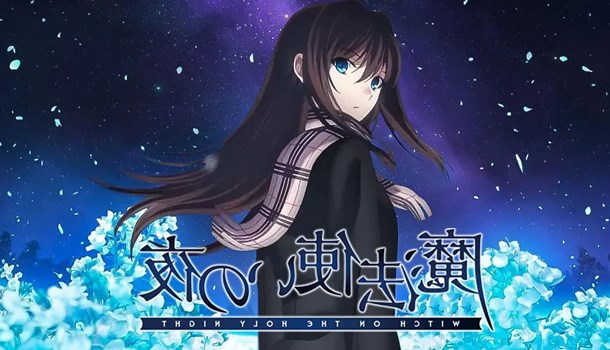 
Type Moon, the studio behind the Melty Blood and Fate series, has announced that their visual novel Witch on the Holy Night will be heading West with a full translation. While visual novels have been a niche trend for some time now, especially for Playstation and Nintendo Switch owners, Type Moon haven't localised their highly popular titles until now. Announced at Anime Expo, Witch on the Holy Night will be coming to Nintendo Switch and PS4 on December 8th, with an HD upgrade and a brand new English translation.

Set in the 1980's and featuring fan-favourite Tsukihime supporting character Aoko Aozaki as she treads between the worlds of magic and normal high school life. The game is penned by Fate creator Kinoku Nasu and acts as an origin story for the young witch.

As part of the HD upgrade, the game will also receive fully vocalised dialogue, with Aoki played by veteran seiyu Haruka Tomatsu (Sword Art Online, Darling in the Franxx).

While the game has only been announced for a US release so far, the fact that the game will be in English and readily available from importers makes this a notable release for 2022.