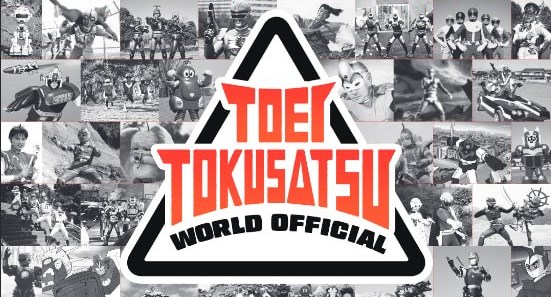 
Toei Company Ltd, the Japanese TV giant famed for its Tokusatsu (SFX) genre in Japan, has announced the creation of a new Youtube channel that will stream free episodes of classic shows and anime with English subtitles. According to ANN, the channel will be updated with new episodes on Sundays.

Simply translated it means SFX, and showcases filming techniques involving miniatures, costumes, CG and special effects. Toei began making such shows in the 1950's, and culminated in classics like Kamen Rider and Super Sentai. Most fans will be familiar with The Mighty Morphin' Power Rangers, which was an US re-edit of the popular Zyuranger Tokusatsu show.

What's been announced so far?

The channel will debut on April 6th, and the partial list includes:

We'll add any new announcements as they come in.