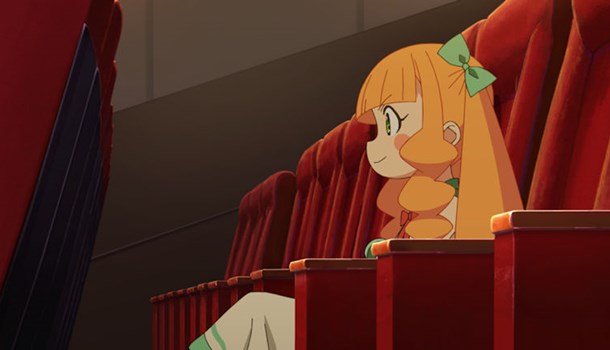 Pompo The Cinephile coming to Cinema


Pompo the Cinephile will be coming to UK Cinemas from June 29th .Animated by a brand new Studio, CLAP, and directed by veteran animator Takayuki Hirao, this story about amateur film-making is a love-letter to cinema and should be a treat on the big screen.

The film is rated 12A and will be shown at selected cinemas - June 29th will feature Japanese language and English subtitles, while the dub will be screened on Thursday June 30th.

You can find more details at the official website, www.pompofilm.co.uk

Synopsis:
The debut feature film by the new animation studio CLAP, Pompo the Cinephile follows Gene Fini, an assistant at the acclaimed Peterson Films in the heart of the glitz and glamour of Nyallywood. His eyes may be dull but his passion for films is unrivalled, but when the pint-sized producing prodigy Joelle Davidovich “Pompo” Pomponette tasks him with directing MEISTER, his very first feature, Gene will learn that it takes a family to make a film.