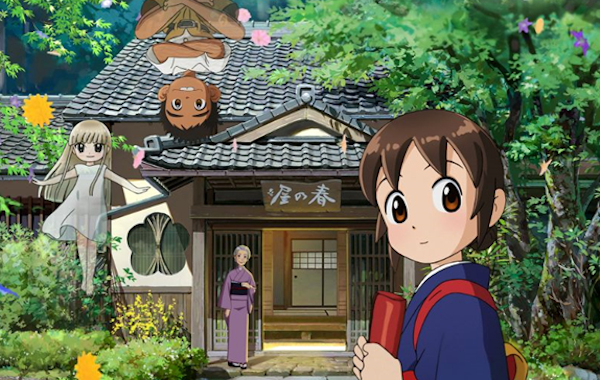 Manga UK are bringing the delightful Okko's Inn to UK cinemas on July 14th. Plus, if you book early you can get a free exclusive postcard with your ticket!

Okko’s Inn is a touching family film about a young girl facing the challenges of friendship, loss and growing up, all while working in her grandmother’s traditional Japanese inn.

You can view the official page here

After losing her parents in a car accident, Okko goes to live in the countryside with her grandmother, who runs a traditional Japanese inn built on top of an ancient spring said to have healing waters. While she goes about her chores and prepares to become the inn’s next caretaker, Okko discovers there are spirits who live there that only she can see – not scary ones, but welcoming ghosts who keep her company, play games and help her navigate her new environment. The inn’s motto is that it welcomes all and will reject none, and this is soon put to the test as a string of new guests challenge Okko’s ability to be a gracious host. But ultimately Okko discovers that dedicating herself to others becomes the key to taking care of herself.

The latest feature from famed anime studio Madhouse and director Kitaro Kosaka, who was a key animator on numerous classic films at the venerable Studio Ghibli, seamlessly blends immersive, idyllic landscapes with the storybook charm of Okko’s beloved ghosts. Okko’s Inn delivers a rare ghost story that – despite several floating characters – is firmly grounded in the trials and joys of humanity.