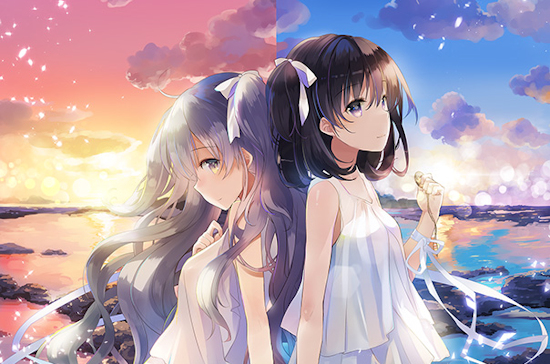 To further the cause of teaching the language, MangaGamer has made an open offer to all edusctional institutions for free copies of the game to help in the study of the language.

The game is available to order now on Steam and MangaGamer direct.

At first glance, The Expression: Amrilato is an all-ages yuri tale of a girl named Rin who's suddenly whisked away to another world, a rather common tale in anime, manga, and games. Yet what truly makes The Expression: Amrilato so unique and wonderful is the language barrier Rin faces. Though the girl who takes Rin in, Ruka, speaks a small spattering of Rin's language, the language of this other world is entirely foreign and unknown to Rin. Lost in a world where she's unable to communicate with others, Rin and the reader both must struggle together to learn the language of the world she finds herself in, which is represented with the actual language, Esperanto.