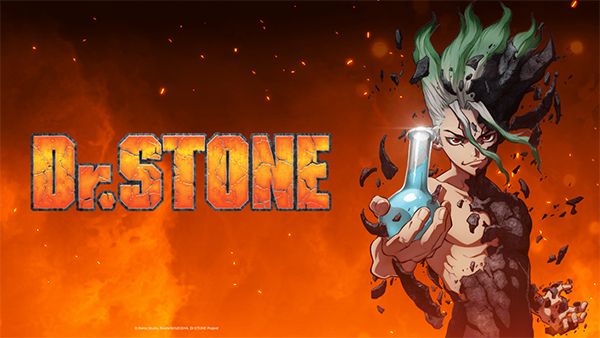 Streaming anime service Crunchyroll have been in touch to let us know about an exciting new documentary - Behind the Scenes of Dr. Stone will premiere on Friday September 20th.

The documentary will feature Creative Director Shusuke Katagiri and Director Shinya Lino. Following the pair and their team at TMS studio and the challenges in adapting an award-winning manga to the screen.

Dr. STONE” is based on the hit weekly Shonen Jump manga title of the same name written by Riichiro Inagaki and illustrated by Boichi. The series is being animated by TMS Studios. The series picks up thousands of years after a cataclysmic event petrifies the world’s population. Following two main characters who free themselves from stone, Senku Ishigami and Taiju Ōki, “Dr. STONE” is a story of science versus might in the quest to rebuild civilization.

The “Dr. STONE” manga has been a smash hit worldwide with more than 480,000 volumes sold since July 2017 in Japan alone.