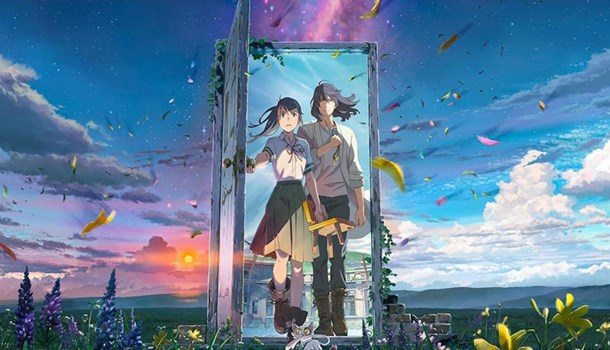 
According to a report from Ollie Barder at Forbes, Makato Shinkai's latest cinematic epic, "Suzume", has managed to rack up over 1.88 billion yen ($13.39 million dollars, though that's with teh Yen being very weak right now) on its opening three days.

Shinkai is a visionary director, whose recent films Your Name and Weathering With You have been global success stories, appears to have worked his magic once more, surpassing even his own earlier successes. Suzume sold 38.7% more tickets and had 47.4% more box office revenue than Your Name in 2016.

Taking place in a world where a series of magical doors must be found and locked before they bring disaster to Japan, it's a typically spiritual and magical outing for Shinkai, who has developed something of a niche for beautifully animated whimsy with brains and heart.

Suzume will be coming Westward next year, which is nowhere near soon enough, but patience will no doubt be rewarded.