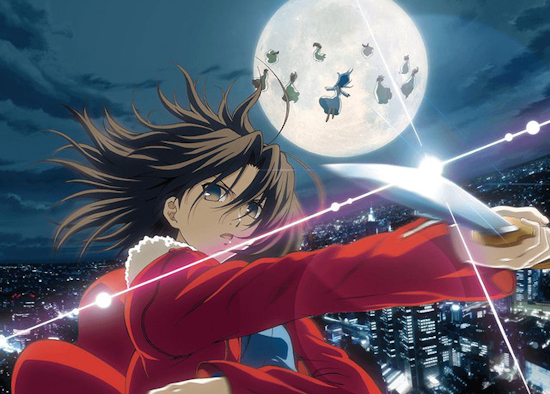 MVM has announced via twitter that their Q3 releases are now available to pre-order, and that the pickings include some tasty new licenses and announcements!

In a world where history took a different path, Japan has been isolated from the outside world by steam-powered robots that repel all invaders. Inside Japan, however, the people are divided into feuding and fighting feudal factions. Feisty Keiichiro Tokugawa dreams of changing this and unifying Japan, and he just may be the one man who can use the legendary giant robot Susanoo.

Unfortunately, just touching a woman makes him break out in hives, and the Susanoo ALSO requires a female copilot. In VERY close quarters. And just to twist the katana, while there seem to be plenty of women who might covet the copilot's seat, not all of them have his best interests at heart! Who can he trust? Kiriko the Ninja? Chiharu the fox-demon? Or will Keiichiro's rash ambitions be thwarted by rashes and a totally rational phobia of the female form? It's a giant robot show like no other as the birds, the bees, and the giant robots take flight in Dai Shogun!

Ikki Kurogane may have come from a long line of Blazers, people with the ability to create weapons or devices manifested from their souls, but as far as the Hagun Academy is concerned, he's been a major disappointment in the magical powers department. He is so disappointing, in fact, that he's earned the unfortunate nickname of the "Worst One".

However, things change for Ikki in the most surprising way when Princess Stella Vermillion, the most promising Rank-A Blazer to come along in many years, decides to transfer to Hagun. When she challenges him to a duel where the loser must obey the winner for the rest of their life, the last thing anyone expects is that the Worst One might prove to be a match for the Crimson Princess… and the unforeseen consequences will push the boundaries of society itself!

From the author of Oreimo comes a slapstick comedy about a novelist big brother and his illustrator younger sister along with a cast of charming characters!

Masamune Izumi is a high school student who professionally writes light novels. Sagiri Izumi is a shut-in who never leaves her room. One year ago, they became siblings when their parents married one another.

However, one day, Masamune discovers a shocking twist—the artist "Eromanga Sensei," who has been drawing illustrations for his novels, is none other than Sagiri. His cute little shut-in of a sister, who has been living under his roof, is using an obscene pen name and drawing lewd illustrations. But there’s no way his little sister could be this dirty?!

In the castle of Midland, a new king has come to power through treachery and violence. His demonic agents terrorize the citizens relentlessly, until the night when a battle weary soldier known as the Black Swordsman come to destroy them. However, his true motives and unrelenting grudge against the king are buried in the past - when a young mercenary named Guts joined the charismatic, graceful, and deadly Griffith and the Band of the Hawk.

The wheels of fate were set in motion, and between the strength of Guts' anger and Griffith's ambition, the face of their country will never be the same again

"From its subtle innuendo to its hyper-brutal violence, BERSERK is a journey through the annals of pain, suffering, torment and revenge." - PLAY
"Berserk is an intensely compelling, and brutal piece of anime. It's one of the best character work in an anime television series." - AICN

This Limited Edition Blu-Ray Box Set features all eight movies in 8 discs, a deluxe 36-page booklet (including an Image Gallery of breathtaking artworks of announcement key visuals, theatrical posters, Japanese video covers and more!), and a set of beautiful 14 postcards illustrated by TAKASHI TAKEUCHI (the original character design) and SUDO TOMONORI (animation director / anime character design). All of the discs will have its own slim amaray case featuring an original illustration, bonus materials and will be packaged inside a gorgeous study rigid box.

After spending two years in a coma due to a traffic accident, Shiki Ryougi awakens with amnesia. In turn, however, she finds that she has also obtained the "Mystic Eyes of Death Perception," with which she can see the invisible lines of mortality that hold every living and non-living thing together. Working for a small independent agency, Shiki attempts to unravel the baffling mystery behind a series of abnormal, horrifying incidents, but do they foreshadow something even more tragic and ominous?

Things are not what they appear to be on the surface, but what dark revelations lie underneath? Shiki must tackle supernatural incidents with her special abilities while searching for a reason to live.

When William Twining breaks into his bankrupt family's vaults seeking funds for his tuition, he has no idea what he's about to pay for his higher education. Instead of cash, William discovers that he's supposed to choose the (interim) ruler of Hell!

That would be a bedeviling predicament under any circumstances, but when the bearer of said dread tidings is also hitting William up for the job... Well, it's just not a good thing. Nor is it easy to put the would-be Devil behind you, as the impish Dantalion quickly roots himself into William's school life while simultaneously jockeying with an unholy host of other Arch-Fiends-To-Be for the coveted position of Devil in Charge.

With a surprisingly large percentage of both students and faculty at William's school turning out to be demonic in nature, he'll need the Wisdom of Solomon to find a way to get all these devils off his heels - and fortunately for him, William apparently WAS Solomon in a former life! Will the hallowed halls of Stradford become host to the hordes of hell?

“I chose to fight. From that instant, my hands were covered in blood.”

The Black Faction seized the Greater Grail for the sake of the clan's most earnest wish to symbolize its independence from the Mage's Association. The Mage's Association gathers the Red Faction in order to thwart such ambitions. Taking place in Trifas, Romania, the Great Holy Grail War that takes place between 14 Heroic Spirits summoned by the two factions transforms thanks to Shirou Kotomine, one of the Masters of the Red, who is also the Overseer for this Great War.