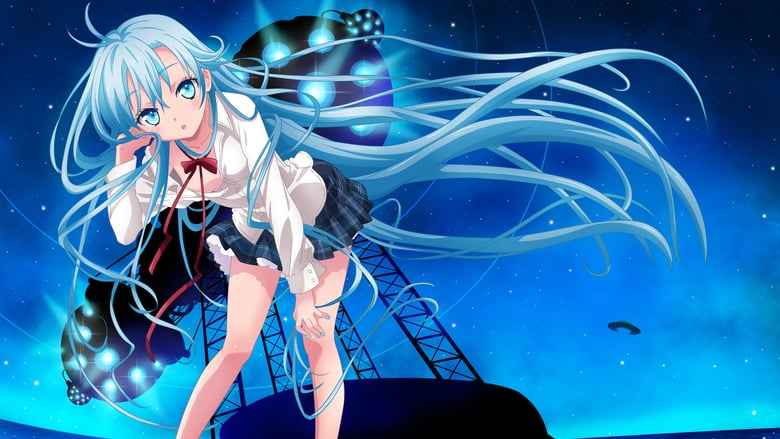 MVM has announced a new acquisition coming very quickly to Blu Ray - on 20th July 2020 in fact! Ground Control to Psychoelectric Girl is a comedy series featuring 12 episodes, based on the light novels by Hitoma Iruma. The release is identical to the NISA release and will include episode 13 too.

Makato Niwa just moved to the city to live with his aunt Meme after his parents were reassigned to work overseas. He is perfectly fine with that, saying it will give him the chance to live the dream life of an adolescent boy. He keeps track of the things he does by assigning "points" to them - positive or negative - and then adds them up on a regular basis to grade his adolescent life. Upon moving in with his supposedly unmarried and childless aunt, he finds a myserious girl wrapped up in a futon. Erio, despite her beautiful appearance, is a strange girl who believes herself to be an alien.