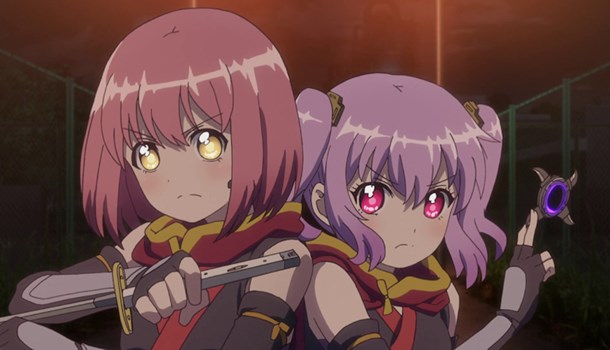 
MVM have announced two new licenses for July: Alice in Borderland (a 3-part OVA) and Release the Spyce, a 12 episode TV series.

Ryohei Arisu is bored with life. Nothing is new or exciting, and playing games is the only relief from the endless monotony of a seemingly pointless existence. If only, he wishes, he could be someplace else… a different world… where things were more exciting. Then Ryohei and his friends, Daikichi and Chota, see what seems to be an incredibly powerful firework in the sky, brighter than any shooting star, and when they can see again, they discover that they're in an entirely new reality. Unfortunately, as they quickly learn, while this new world is, indeed, far more exciting, it's also incredibly dangerous. Trapped in a post-apocalyptic environment where the only way to survive is to compete in a series of increasingly deadly games, Ryohei and his friends have no choice except to adapt or perish in ALICE IN BORDERLAND!

To everyone around her, Momo lives a quiet life of solitude: going to school and keeping to herself. To the members of the private intelligence agency Tsukikage, she is their newest recruit, learning to hone her skills to help fight against a global crime organization. Under the guidance of senior member Yuki, Momo undergoes a series of dangerous, deadly and diabolical training scenarios and missions. With each victory, Momo’s confidence in her skills grows but it’ll take more than that to help keep not just her home but the world safe.