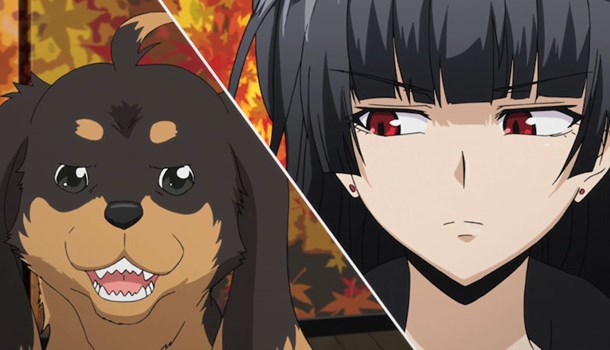 
MVM has announced via it's Early Bird deals on twitter that their latest acquisition is Dog & Scissors, the bizarre reincarnation tale about a man who gets ressurected as the pet of his favourite author. The series will be released on October 18th, though you'll get your hands on it even sooner if you order directly with MVM through their Anime-On-Line website.

The release contains all 12 episodes of the 2013 TV series directed by Yukio Takahashi (Yukikaze, 7Seeds).

Harumi Kazuhito could spend days at a time with his head buried in his beloved books, and little would make him happier than perusing the pages of his favorite author. Unfortunately, when Harumi gets himself killed he inexplicably finds himself reincarnated as a dog... which might not be so bad if he could read, or his new owner didn't have the unfortunate twin predilections of playing with scissors and tormenting her new pet!

But what truly makes this strange reincarnation the worst of all possible worlds is that she's also his favorite author! The horror! Can Harumi find a way to live with this tantrum-throwing typist, or will her crazed clippings prove to be his undoing? Can he escape her constant hounding via the doggy door, or is he barking up the wrong tree? There's a rough, rough time ahead as canine compulsive readers and literary she-wolves get snippy with each other when doggies do what they gotta do!