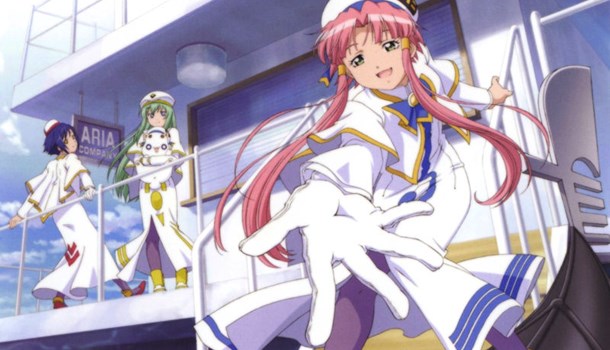 
MVM has announced another new release by way of their Early Bird deals - Aria, Series 1.

The 13 episode series, directed by Junichi Sato, will be released on October 25th.

Synopsis:
When Akari Mizunashi travels to the city of Neo-Venezia on the planet of Aqua, the beauty of the city is beyond anything she’s ever seen before. It’s here that Akari hopes to achieve her dream of becoming an “undine” — a female tour guide who navigates the canals of Neo-Venezia on an elegant gondola. As she begins her training with the prestigious Aria Company, will she be up to the challenges that await her on the path to achieve her dream?