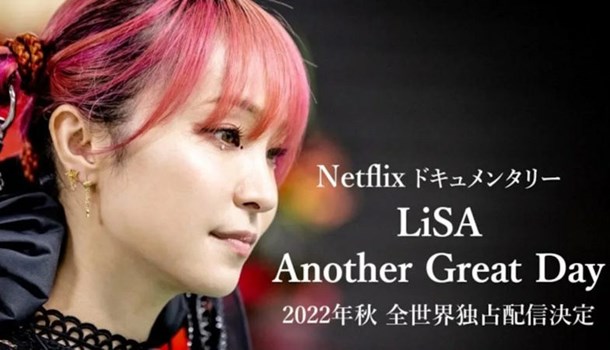 
Japanese solo artist LiSA is to get a documentary on Netflix titled "LiSA Another Great Day" which will be released worldwide in Autumn 2022.

Directed by Taketoshi Sado, the documentary will examine LiSA's preparations for her 10th anniversary project called "LiiiiiiiiSA" which began in April 2021. The project was put together by Naomi Satoh who has been acquiring content, including anime licenses, for Netflix since 2017.

LiSA started her solo career on November 23rd 2011 with her solo recording "Oath Sign" which was used as the opening theme for Fate/Zero. This was followed up in 2012 with her first album Lover"S"mile. which peaked at No.7 on the Oricon weekly charts. Since then, she has had a phenomenal career of sold-out concerts, multiple awards, hit albums and memorable anime hits for series including Sword Art Online, Demon Slayer and My Hero Academia.

You can use this link to Netflix to set a reminder for the documentary.