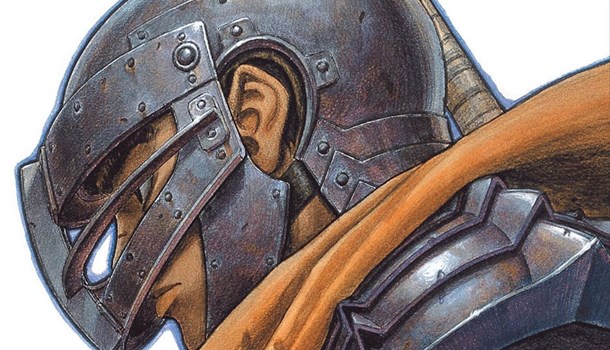 
Young Animal, publishers of the popular Berserk manga by recently deceased author Kentaro Miura have issued a statement via twitter that addresses concerns over the future of the series.

Kouji Mori, creator of Holyland, will pick up the mantle from his friend and bring the saga to its conclusion. In a letter to readers from the Young Animal Editing Department, they say the following:

"Before his passing, Kentaro Miura spoke to his close friend Kouji Mori about the stories and episodes he had in mind for Berserk. He also had similar talks with his studio staff and editor."

"The talks were not meant as his last words, but were a part of his ordinary days as a manga artist"

Mr Mori also made a statement, which included this interesting note:

"While he was alive, Miura said, "I haven't told anyone other than you, Mori, about the story in its entirety." And that was the truth."

So regardless of Miura's sad passing, there remains one man who knows the full story of Berserk, and now he gets to tell it. It seems a very "Berserk" situation, and we're sure that with the full support of the company and Miura's dedicated assistants.

You can read the full letters in the gallery below. Berserk may have lost its creator, but the story is far from over. 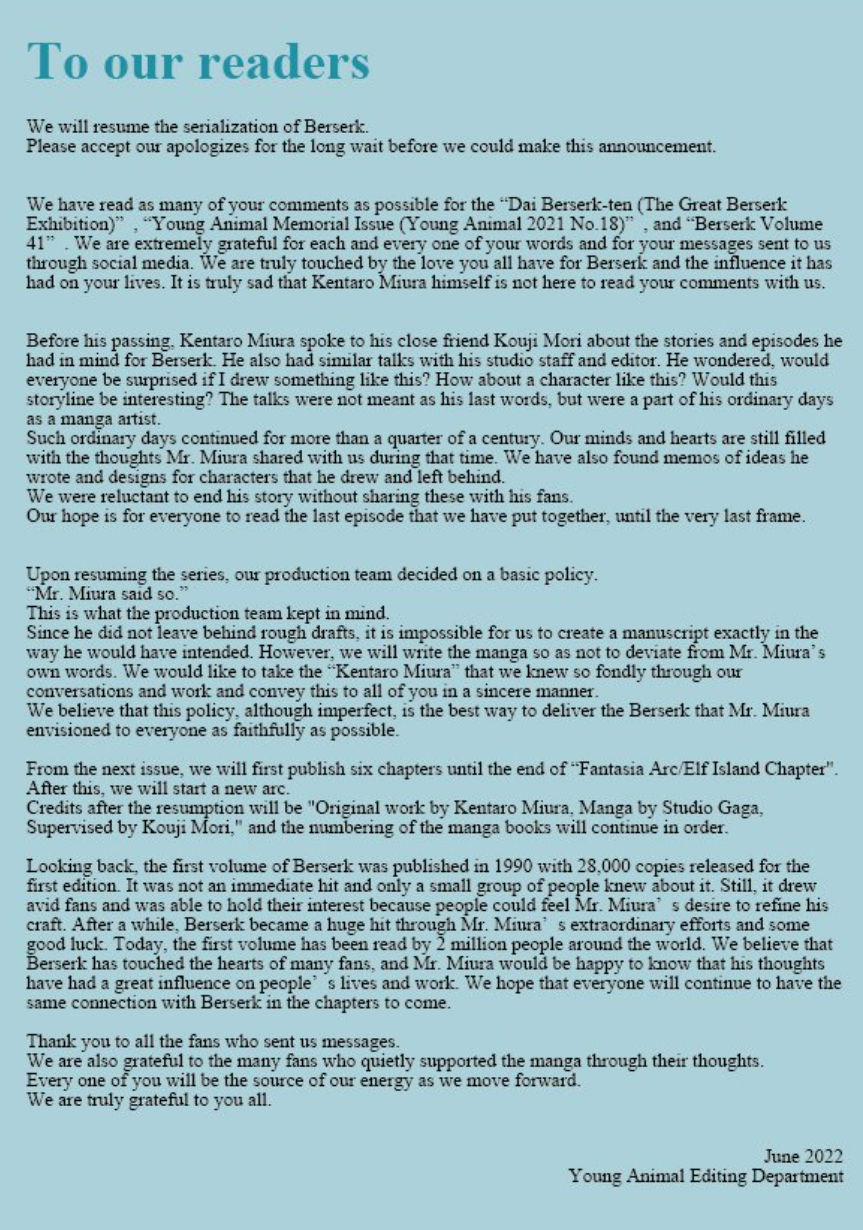 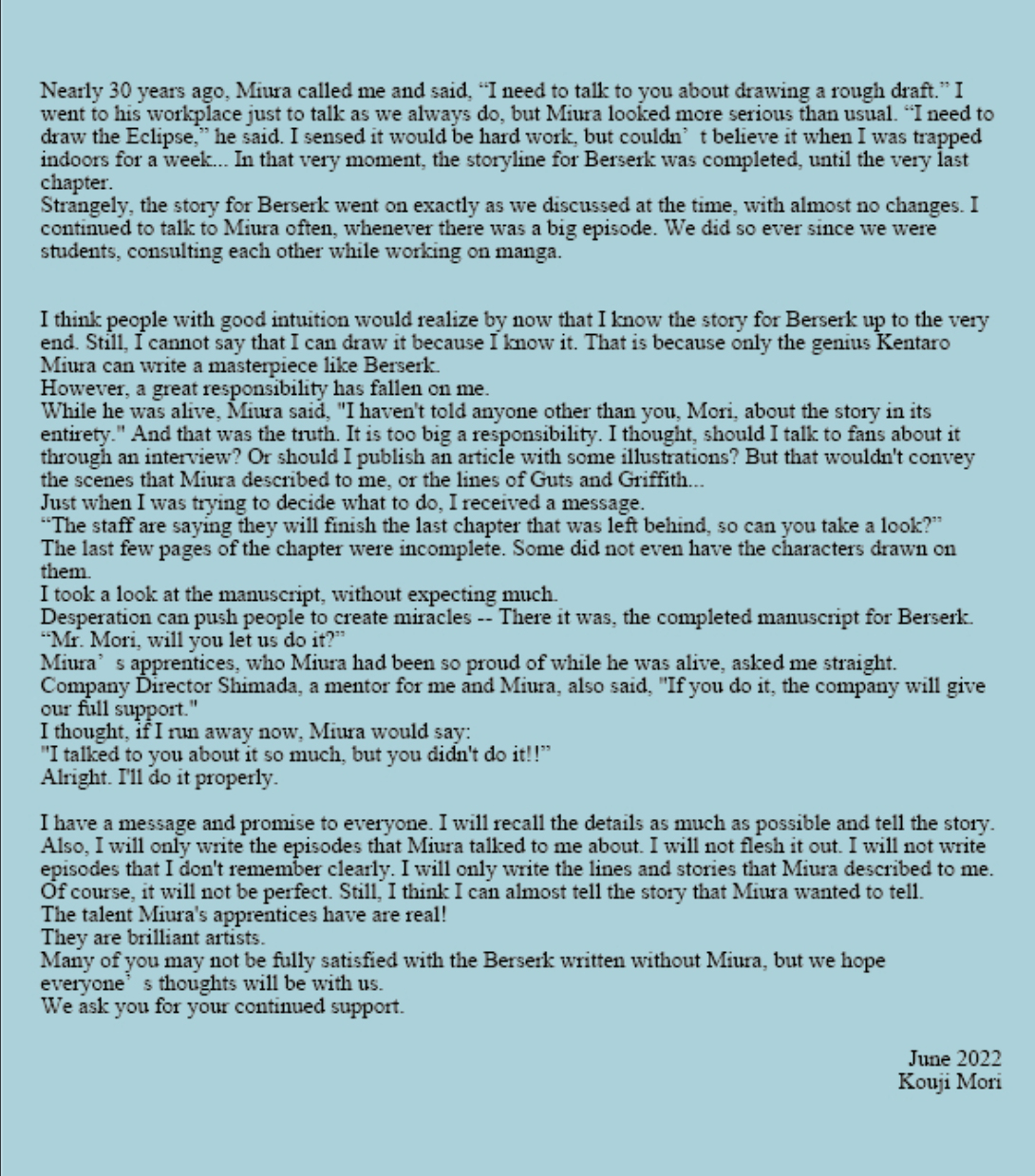