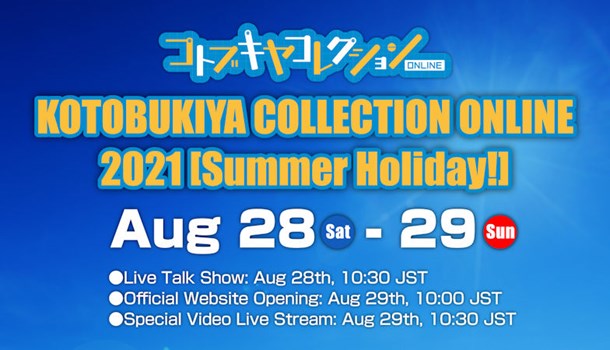 
Kotobukiya, the Japanese anime figure company that was started in 1952 by doll maker Jusaburo Shimizu, is arguably one of the most prolific merchandise companies in Japan. With multiple sub-sections, like the ArtFX and Bishoujo lines, it's a byword for quality among collectors, and there figures are often highly sought after.

Via the official English twitter account, the company has announced a Summer Holiday Event being hosted online between August 28th (Sat) and 29th, where there will be a number of broadcasts. Chief among these are:

The event will showcase brand new products, so be sure to tune in for the very latest anime figure news!