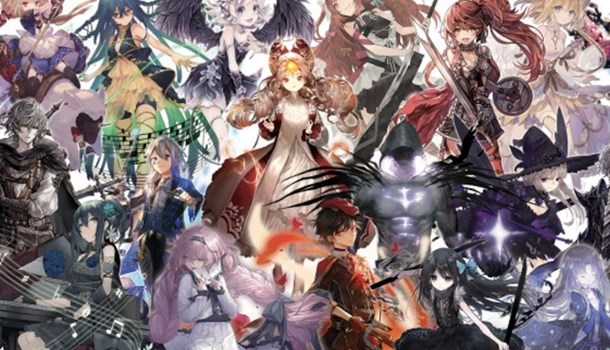 
Japanime Games have launched their latest crowdfunding campaign via Gamefound: Blade Rondo. A fantasy card game anthology that contains a number of titles from Domina Games, with the top tier containing the full set, 2 play mats and an artbook. The launch was funded in 40 minutes.

You can find out more and back the game on Gamefound.

You are a Swordian, a human with the ability to manifest the skills and techniques used by characters of legend. A Swordian’s manifestations are known as Swords, weapons of great power that descend upon the battlefield as the legendary characters themselves. As a bird yearns to soar in the heavens, so too do the Swords seek a place to do combat. Answer their call, let them sing out in battle. Alone or outnumbered, you fight on, undaunted. In the shadow of death, you stand unafraid. For you are a Swordian, a sworn defender of the peace!

You open your eyes and find yourself in a story—the story of the betrayal of the Muses, embodiments of thought who dwell within legends. As a Swordian, you know the Muses to be allies who can influence the world in the form of Swords. Even so, you must now challenge these powerful beings in order to avert a tragic fate. Fortunately, you can still call upon your trusted Swords from your own world. You can also receive aid from other Swordians whom you encounter in this story. However, you can only do so a handful of times, and the precise nature of this aid is determined by chance.

Day in and day out, Maria and Sonya clash on the field of battle wielding Swords of legend. Yet their grudge is never resolved, their mutual hatred never extinguished. Take up their favored Swords, and put an end to their conflict once and for all!

Blade Rondo is a fast-paced, card-based clash of Swords and sorcery for one to two players. With seven chosen Swords in hand, face your opponent on the field of battle. Reduce their Life to 0 to be declared the winner!

If you'd like to see how the game plays, check out the Playthrough below.