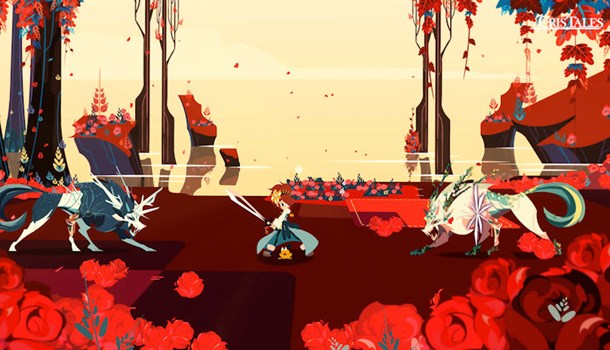 
Cris Tales, the new JRPG inspired game from Modus Games, will land on Switch, PS4 and PC on July 20th.

The game is inspired by "timeless JRPG's like Chrono Trigger, Final Fantasy VI and Valkyrie Profile" alongside modern classics such as "Bravely Default and Persona 5". That's quite the accomplished list to be aiming for!

Experience the Past, Present, and Future Simultaneously
Peer into and learn from the past, decide on actions in the present, and alter the course of the future in ways that will reshape the world dynamically depending on the choices you make.

Master Strategic Turn-Based Combat
Warp your enemies into the past or future, synchronize attacks for enhanced group abilities, and master the timing of attack and defense to go beyond your party’s limits in combat.

Uncover a Fascinating Story & Characters
The Empress’ plot to destroy the world is complex and layered. Use your wits and recruit powerful allies throughout the world to uncover and undo her multi-faceted web and make your way to the True Ending of this enchanting tale.

Discover a Beautiful World
Climb aboard an airship or boat and traverse this handcrafted, dark fairytale world. From the shining kingdom of Crystallis to the slums of Vinez, discover each unique location and shape its future.

Take a look at the NIntendo Switch trailer below, and you can pre-order on the official website.