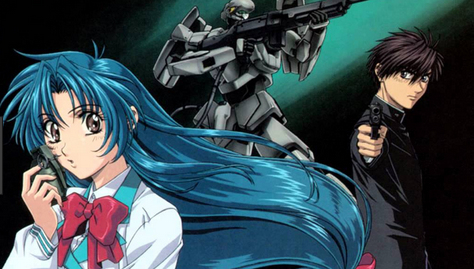 The light novels, that were adapted into four anime series and was previously owned in the West by publisher Tokyopop (who released 4 of the 12 published volumes in the series), will be receiving an all new translation as well as covers taken from the most recent Japanese releases of the series.

Sagara Sousuke isn't your typical high school student. He reads military enthusiast magazines; he responds to questions with "affirmative;" he brings grenades to school in his bag. Though everyone at school takes him for a hopeless military geek, Chidori Kaname thinks there might be something more to him. When their plane is hijacked in the middle of a field trip, Kaname's instincts will prove correct: Sousuke is an elite, mech-piloting mercenary... and he's here to protect her!