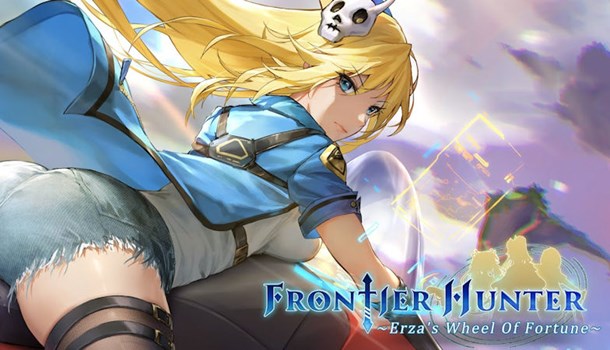 Created by IceSitruuna, the Finland based developer has pulled out all the stops to create a lavish, anime-styled alternate world populated by monsters that you must hunt down, the rewards for which are new abilities that will enhance and develop your character in order to power up and hunt even more powerful enemies.

The game is set over a myriad of level types, from forests, the dark abyss, floating islands and massive cities, exploring complex maps, uncovering hidden items and generally having a classic Metroidvania adventure.

The game's announcement was well received back in 2021, with the game appearing in a substantial number of Steam wish lists. The game is now ready for Early Access on the platform on December 15th, so you can try it for yourself. The game will receive a proper release next year.

We've been sent a preview code and we're happy to say that it runs flawlessly on Steam Deck so far, with all controls properly mapped to Deck buttons in-game.

Two years ago, Erza obtained the legendary hunter license and became a rising star in the imperial force. Under the rule of the wise and able emperor, the empire grows steadily. As one of the core forces in the expansion, Erza has won many military exploits. In this fantasy world of swords and magic, Erza will lead an exploration team and start an epic adventure. She will fight unknown monsters and solve mysteries of the world. Why would the fiend become a hair clip? You’ll find the answer in the game.

The first part of the Frontier Hunter is focused on the adventure trip of two girls with fun scenes and storytelling. Shizuka Ito will voice Erza and the other voice-overs will be done by voice actors from renowned voice actor agencies like Ken Production Company. The sound director for the game’s sound effects has handled the audio recording of multiple games for Capcom. As the player progresses through the game, they can discover hidden secrets and lore that unveil a more serious tone to the plot.