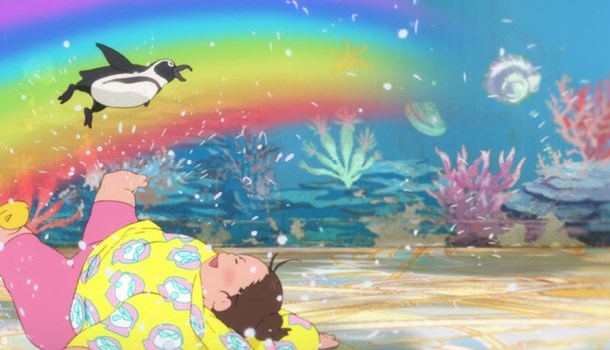 
Fortune Favors Lady Nikuko is coming to cinemas across the UK from August 10th as part of Anime Ltd's Anime Matsuri season.

The colourful and heartfelt story of Fortune Favors Lady Nikuko was brought to life after the film’s creative producer, the popular Japanese comedian Sanma Akashiya, found himself moved by the love between parent and child found in Kanako Nishi’s original novel, with Nikuko’s cheerfulness reminding him of women he knew growing up in Kansai. When deciding to bring Nikuko to life through anime, Akashiya believes that “There are many things that Japan can be proud of and defend on the global stage. Anime is one of them”.

This makes Fortune Favors Lady Nikuko more than a perfect addition to Anime Limited’s ongoing Cine Matsuri season, which will continue to bring a jam-packed line-up of exciting, diverse anime films to cinemas across the United Kingdom and Ireland throughout summer and autumn. Keep an eye out for regular updates about Cine Matsuri from Anime Limited in the near future!

Synopsis:
Everyone knows about Nikuko, the larger-than-life woman who works at the local grill house and lives in a cosy houseboat moored at the docks of a small town. She’s loud and the furthest from being fashionable, but she has a big heart - whether that’s for deadbeat men sure to deceive her, or her daughter. A girl on the cusp of adolescence, Kikuo wants nothing more than to fit in and is often embarrassed by her mother, until the unearthing of a secret threatens to either bring them closer together, or tear them apart.