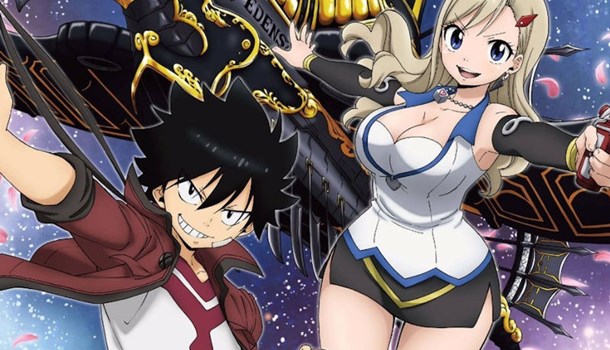 However, like Carole & Tuesday and BEASTARS, this particular show wasn't commisioned by the streaming giant, simply licensed. OThe series originally aired 19 episodes on Nippon TV back on April 11, the lack of direct Netflix mandate probably explains why the manga's fanservice is very much intact.

The manga has been very popular and the anime should find a lot of fans, especially given the musical talent attached - Takanori Nishikawa delivers the first opening theme of the series, with an ending theme performed by CHiCO with Honeyworks. The real treat is the second opening, by none other than absolute JPOP legends, L'Arc En Ciel. Sayori provides the second ending theme, rounding out the soundtrack nicely.

It is the year X492, an age in which people freely travel through the universe. Rebecca, a video-creating B-Cuber, visits the robotic world of Granbell and meets a young man with special powers: Shiki, who’s lived his entire life among machines. Soon Shiki is exploring the cosmos with Rebecca, encountering new places, people and things, and making friends along the way.