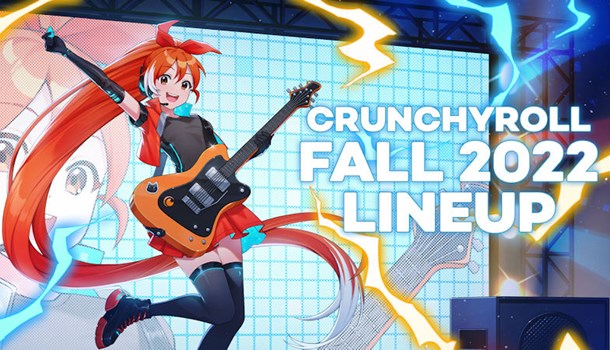 
Crunchyroll have announced their Autumn slate of shows, which contain a huge number of fan favourites and hotly anticipated titles (Witch from Mercury, woo!)

Over 40 titles have been announced to be simulcast, insuring you won't have to wait or risk spoilers for your favourite shows!

– Starting this weekend, expect a supercharged lineup of anime premiering on Crunchyroll this Fall 2022 season with more than 40 of the most electrifying new and returning titles simulcast straight from Japan, subtitled and dubbed, which will include captivating and immersive series like Chainsaw Man, My Hero Academia Season 6, SPY x FAMILY, Mob Psycho 100 III, To Your Eternity Season 2, BLUELOCK, and a whole lot more.

New acquisitions for Crunchyroll’s Fall lineup that haven’t been previously announced include, Uzaki-Chan Wants to Hang Out! Season 2, Welcome to Demon School! Iruma-kun Season 3, Pop Team Epic Season 2,  Berserk: The Golden Age Arc - Memorial Edition, BOCCHI THE ROCK!, Mobile Suit Gundam: The Witch from Mercury, IDOLiSH7! Third BEAT!, Legend of the Galactic Heroes: Die Neue These Season 4, and Legend of Mana -The Teardrop Crystal- among others. Additional series will be announced soon and updates can be found at Crunchyroll News as they are made.