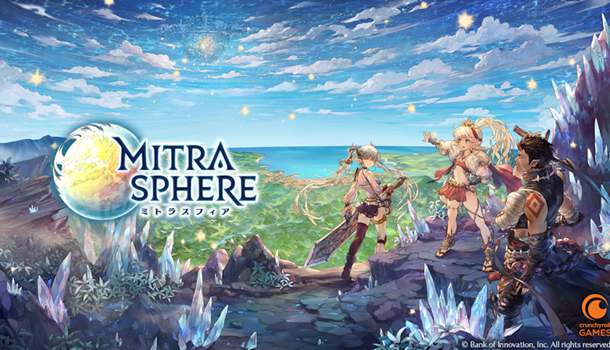 
Crunchyroll Games have launched a brand-new, anime-inspired RPG, available to download now on mobile. The character design is certainly gorgeous, and since the game is free to download, we'd recommend giving it a go!

Mitrasphere is a world where a massive sea blankets the skies. Golden crystals rain down from a cryptic tree in the ocean sky, altering the lives of everyone and everything. This is a tale of those cursed by fate and the decision to rise against it.

The game received over 100,000 pre-registrators unlocking player rewards including 800 Sea Crystals, a 4☆ Magic Device "Heroic Upa”, and a free special 10-pull with a guaranteed 4☆ weapon.

Mitrasphere is available for download on Android and iOS devices.

It will feature a variety of game modes including the main story, boss battles, ancient raids, and unique events.

“Mitrasphere” will complement the existing Crunchyroll Games portfolio of titles and offer Crunchyroll’s more than 4 million subscribers and 100 million registered users another way to be in community with anime fans all over the world.