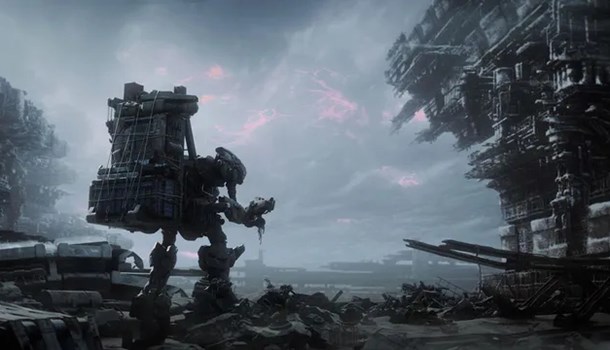 
Bandai have announced a return to the much loved mech series Armored Core, a seminal mecha combat game. Armored Core VI: Fires of Rubicon is being co-developed between Bandai Namco and Fromsoftware (Dark Souls, Elden Ring). If that sort of pedigree doesn't catch your interest, we can't help you.

In ARMORED CORE VI FIRES OF RUBICON, players will be able to freely move through massive three-dimensional environments with rapid maneuverability while experiencing visceral vehicular combat.

Signature to FromSoftware’s carefully crafted game design, the game will feature challenging and memorable battles along with a fulfilling progression system and deep gameplay, all of it now powered by assembling mechs and going to combat with massive bosses.

Players will recognize the sense of satisfaction and achievement when they overcome a difficult situation and relish momentary victory, and perhaps a boost to their standing, before encountering the next challenge.