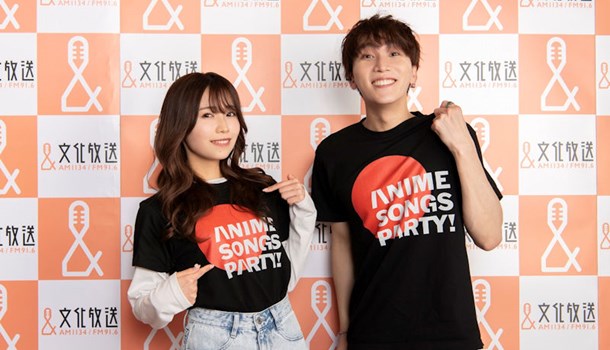 
On Sunday April 3rd, a new show called "Anime Songs Party!" will be broadcast on Japanese radio station Nippon Cultural Broadcasting. The aim of the show is to connect anime fans from around the world by participating in the program by singing their favourite anime songs.

Contributors will be able to share their songs via platforms such as Youtube and TikTok. All you need to do to qualify your cover is add the hashtag #ANIMESONGSPARTY

The hosts of the program are Yohei Onishi and Singing Cosplayer Hikari.

Singing Cosplayer Hikari, who is a worldwide cover singer, is very active as a YouTuber and a TikTok contributor. She covered the Vocaloid song, ‘Yume To Hazakura’ by Hatsune Miku in April 2021 and this song ranked No.1 in various J-POP charts in 14 countries. Another of her cover songs, ‘Muscles Please!’ was a collaboration with Nakayama Kinni-kun and is also getting great attention inside and outside of Japan.

Once the program airs, the content will be shared worldwide, and for those of us in the UK, that will be via Hyper Japan.

You can view the official site for this program here: Anime Songs Party!

If you'd like to take part and have questions you can email them at party@joqr.net