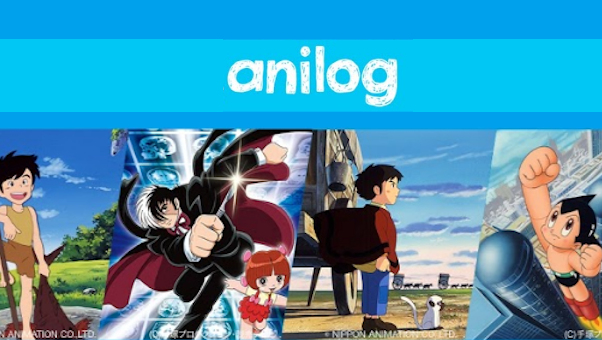 Entertainment website Variety is reporting that Toei Animation, Kodansha and other anime companies are banding together to create a combined Youtube channel called Anilog through which to distribute 3,000 anime titles by 2022, with a target of 300 million viewers per month.

Both Kadokawa and Toei Animation have their own Youtube channels, but have reportedly decided that by combining resources, they can grow audience and advertising faster than they can apart. While the new channel is primarily targeting a Japanese audience, and is indeed geo-locked, plans are afoot to add subtitles to cater for English and Chinese audiences.

A statement from Analyzelog, the company behind the Youtube channel, stated:

“There exists a problem of illegal video distribution service these days, but “AnimeLog” will distribute only officially-licensed animations and operate as a safe channel that families can enjoy together”

The closure of pirate sites KissAnime and KissManga this week, facilitated by DMCA copyright claims ahead of new laws in Japan to criminalise piracy of anime and manga taking effect next January, seems to be a statement of intent by Japan to take back it's cultural output from pirates. But not just pirates, by taking control of distribution outside of Japan, it seems that distributors may also be in the industry’s sights.

Indeed, Manga-ka Ken Akamatsu (Negima/Love Hina) addressed the Japanese parliament regarding the survival of Japanese manga and the threat of being regulated by foreign standards earlier this year.

With regards to existing Western distributors, the leak last year of a highly sexualised dub of Dragon Ball Z has not endeared them to Toei Animation or Japanese studios in general. The scandal, which broke in August 2019, allegedly contained clips of voice actors Sean Schemmel and Chris Sabat (among others) indulging in dialogue referencing rape, sodomy and homophobia using the voices of their characters over the official Dragon Ball soundtrack. The news saw #FuniLeaks trending on twitter as thousands of fans alerted Toei's official twitter channel of the matter.

Coupled with the ongoing legal battle between the principal voice actors for Dragon Ball Super: Broly, and it seems clear that the studios have good reason to want full control of their IP and less association with scandalised Western partners.

Recent rumours (and that's all they are at this stage) about a 1.5 billion dollar sell-off for Warner's anime streaming service Crunchyroll, itself a middle-man for content created by these studios, may have been the final wake-up call they needed to take control of their own output.

Whether existing communities on HiDive, Crunchyroll and Funimation NOW! can be enticed away to watch for free elsewhere is yet to be seen, but it is clear that Japan is taking serious action in the anime and manga markets.