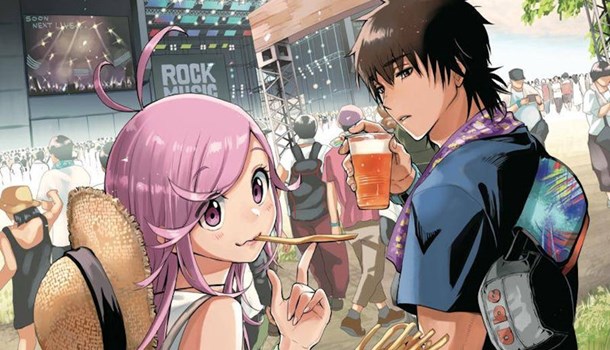 Specialised slice-of-life manga is nothing new, with series such as Bakuman and Laid Back Camp being firm fan favourites. Whether it's creating manga, going camping or just being generally geeky, the genre is a great way to see life from another perspective and revel in the things that make us tick. With most music-based manga focused on bands making it big, it's nice to see the fans get some attention; Days on Fes is basically a love-letter to the hardy music festival enthusiast, in the same way that Genshiken is an ode to lovers of Japanese nerd culture.

Initially the focus is on Otoha and her festival-virgin friend Kanade - the former encourages the latter to attend her first live event, and Kanade quickly becomes addicted to the experience. There's lots of detail in the book, with the girls contemplating which supplies are most vital through to stage-attendance strategies. For anyone who's "worked the circuit" this will be very familiar territory, and fun to remember what it was like when it was all new and exciting.

In stark contrast to our two female leads, we also meet (in a seperate story) Otoha's older-brother Gaku, and his jaded student employee Ritsuru. With the second story chronicling their overnight adventure at a smaller festival, you get to see the more mature outlook on festivals, giving the book quite a lot of scope to play with perspective on the central theme.

The first book ends with both pairs coming together for a third trip, and hopefully that'll allow the characters to develop somewhat.

If I have a gripe with Days on Fes, it's that I found none of the protagonists particularly engaging. Partially this is down to the extremes of their personalities; Gaku is loud and irritating, Ritsuro is miserable, Otoha is enthused about everything and Kanade seems lost (and the most normal). But they're all so one-note I found it hard to get enthused by their adventures. Hopefully they'll start to develop and interact in more exciting ways - this is only volume 1 after all.

I'm also hopeful that we get a look at the grittier aspects of festival life to ground it a bit - so far everything is so clean and organised that it doesn't feel very authentic. Having to stand around for hours waiting for the toilet, or to buy a coffee, all in service of catching that once-in-a-lifetime performance is part of festival DNA. Of course it could just be that UK festivals are grimier than their Japanese equivilants (more than likely to be honest!).

Taken as an idyllic festival loveletter, there's a lot to enjoy in the volume. Kanato Oka's artwork is sublime - clean, expresive and wistful, his festivals look very enticing indeed. The detail for stages, fashion and marketplaces do a lot to bring a sense of atmosphere, even if the most important aspect (the music) is absent. I'll admit I preferred the youthful exuberance of the two girls over the irritating Gaku and his miserable mate Ritsuru, but as an ensemble piece I think it’ll work over future volumes.

Where the book works best when the author is playful - in particular, watching the girls trying on festival outfits in a second-hand shop allowed Oka to show off his excellent eye for fashion, and following Ritsuro around a festival site early in the morning really captured the chilled-out vibe you can find in the quieter moments.

So the book certainly needs some more time to evolve, the chemistry isn’t quite there yet, and I do hope the dialogue settles to become more meaningful and less excitable. I want to learn more about the characters, if only they’d stop shouting every other line.

7
A promising start clearly informed by a love of music festivals, but the characters really need more time to develop. 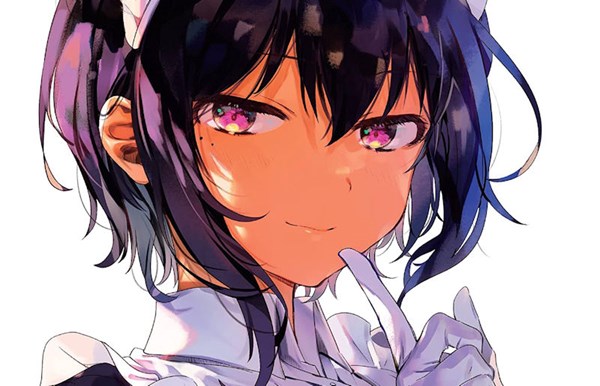 The Maid I Hired Recently Is Mysterious