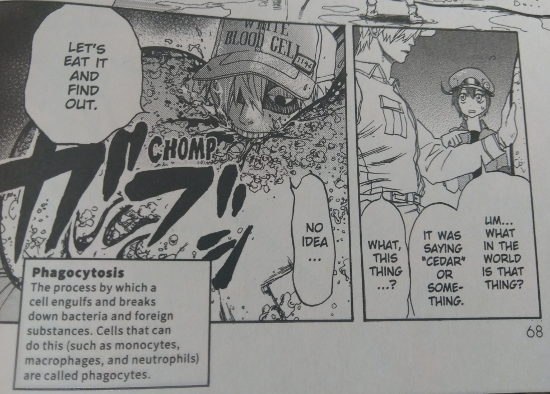 If, like me, you spent far too much time as a kid watching TV you may remember a TV show set inside the human body where cells were presented as anthropomorphised characters. This isn’t a gotcha - Cells at Work has nothing to do with that older TV series (which I found out is called “Once Upon a Time... Life” after some research), but a lingering fondness for that old half-remembered cartoon made me jump at the chance for something in the same ballpark - the recently released Cells at Work.

Cells at Work shrinks you down to the micro-scaled world of individual cells, all going about their business in an average human body. One particular red blood cell, still new at the job, is having a hard time getting around and manages to always be at the wrong place at the wrong time, whether it is a strep throat infection, an allergic reaction, or a physical injury. Behold as a colourful cast of characters overcome these threats and keep you safe!

Right from the jump, Cells at Work engages you head-on and immerses you in its world with its own particular version of "Kayfabe" - all the anthropomorphised cells work in a sprawling shared workplace where they all get on with their personal tasks and have to overcome the various crises that are flung up as part of their (and a person's) daily life. This works really well on both a macro and a micro level - laying out the problems facing our microscopic protagonists and how they overcome them. One story close to my own heart comes when a horde of pollen invades the body causing an allergic reaction- seeing a character proclaim that pollen is the harbinger of apocalypse hits particularly close to home as I sit here suffering under the effects of hayfever myself. There is a sincerity and assuredness to the way the plots unfold that make them great fun to read, drawing you further into their tiny world.

One of the elements of Cells at Work that really elevates it is how it splits up and doles out its explanations. The series strikes just the right balance between using the characters to deliver information, and also making use of small narrator notes with more elementary facts. It also uses more subtle misdirection- our Red Blood Cell protagonist has a terrible sense of direction, which works well for showing off the various bodily systems without needing to explicitly sit you down and outright tell you. The backgrounds and the way the body is transposed into looking like a modern cityscape also helps- you have vein valves turned into subway gates, blood vessels turned into thoroughfares, bodily structures turned into cell buildings, all of which have clearly had a lot of thought put into them so when you read the whole thing just clicks and lets you get on with enjoying the characters antics. All these techniques together allows the series to have a density of information without dragging the pacing down or rending characters as mere exposition dumps. You still get lots of information, but provided at an enjoyable pace that enhances the action.

The action is nothing to sniff at, either. For this review I was sent a physical copy, which comes in at the “plus” manga sizing and this really helps the artwork pop on the page. The designs has tons of personality which you can find in spades in the exaggerated-but-not-absurd character designs for all of the cells and the various other agents in the story - notes justifying the authors designs can be found in the back of the book showing a keen attention to detail. The action scenes are also very well drawn, combining both a scope and a sense of immediacy that make them an engrossing page-turner.

The series also has a good sense of goofy humour - there are a lot of fun “I was just doing my job” gags as the various characters put their foot in it, and some great visual gags alongside. The series also has a comedic level of violence, and the White Blood Cell protagonist is often shown caked in blood from attacking its victims with a tiny knife. Just don't think too hard about the mental hoops you have to jump to appreciate a blood cell covered in blood themselves- it makes your head hurt.

I greatly enjoyed Cells at Work - there is a level of craft present in this first volume that is really engaging and the stories presented here have a wonderful balance between being interesting, educating, and action-packed all at the same time. The art has a lot of charm in it which really helps pull you in and keep you invested with characters who are, quite literally, one out of millions of identical copies. 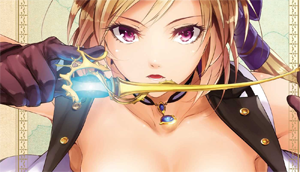