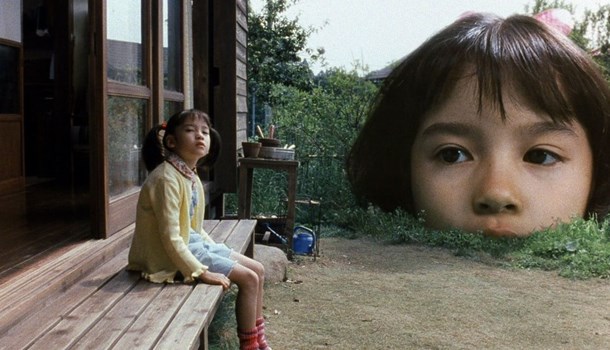 Returning to the back catalogue of Third Window films I’d missed for one reason or another took me to Katsuhito Ishii’s 2003 film The Taste of Tea. Third Window have already teased that several of Ishii’s film are slated for their 2023 schedule meant it seemed a good film to watch as 2022 drew to a close. I’d seen Funky Forest, which Ishii had co-directed, earlier in the year and that had been a film that worked in places but I felt had too little cohesion to its vignettes to sustain itself for two and half hours.

The Taste of Tea being of a similar length, stretching over two hours and twenty minutes, I have to admit this rang some alarm bells because the longer a film is the better it needs to be; especially for viewers as impatient as me. Few films can match Seven Samurai in never feeling a moment of its near three and a half hours in length. It's a rare feat and takes an even rarer skill.

A family in rural Japan go about their lives, the grandfather (Tatsuya Gashuin) often cloistered away secretly in his room; the mother (Satomi Tezuka) creating an anime, the father (Tomokazu Miura) a hypnotherapist, and their two children: Sachiko (Maya Banno) who keeps seeing a large version of herself everywhere she goes, and Hajime (Takahiro Sato), who may be falling for the new girl at school, Aoi (Anna Tsuchiya). Add their uncle, Ayano (Tadanobu Asano), a sound engineer who seems to want to visit an old flame and recount stories of the past that echo Sachiko’s experience of being stalked by a strangely large image of herself.

Like Funky Forest, The Taste of Tea mainly functions as a series of vignettes but as it follows a single family it has far more to centre it than Funky Forest ever did. Thankfully so, because it means that though it may be a meandering film at times, it does connect many of the narrative strands together far more effectively than I expected. Not everything is explained and often this is all to the good. The uncle, Ayano, apparently bumping into a woman you assume is an old flame, a flame you soon suspect that has never been extinguished for either of them is a lovely example of a scene where what is unsaid screams louder than any great emotional exclamations or tiresome exposition ever could. It lays it the subtext bare and you read it effortlessly.

Equally, the story Ayano tells at the beginning to the son of the Haruno family, Hajime, mirrors what becomes Sachiko’s story and also some events we see later, when what could otherwise be some random small town yakuza imbroglio, instead becomes more thematically meaningful and suggestive that this rural town has some odd things going on over time. Without this, these small asides could feel like padding, aimless and there for the sake of adding more and more oddness or quirkiness.

And The Taste of Tea has plenty of oddness already, so it doesn't need it for the sake of it. Sachiko’s looming form that often appears from nowhere, sloping into view feels faintly surreal enough but it feels fittingly surreal, never forced as these kinds of cinematic magical realism moments can be.

Also, the family at the centre of the film feels like a genuinely functioning unit that care for each other as any normal family does. They are not just people together. The grandfather acting out poses for his daughter-in-law as she draws the sketches for her anime flows naturally like a piece of spontaneous performance art. Yet you also sense the history going on here, the past sitting behind what we see on screen. This has been going on for some time so, of course, others ignore it rather than comment on its strangeness.

Visually, Ishii keeps it interesting but never seeks to overwhelm you. He’s often as happy to allow the camera to linger on a scene if it helps emphasise what is happening or quickly flash cut (the editing being one of the more effective pieces of Funky Forest). There is a real focus on the use of sound, too, maybe not to the extent that we might expect of directors like Shinya Tsukamoto or a David Lynch, but there’s a real attention to how sound can impact a scene or complement what we see on unfold before us. Interestingly, the music has echoes of that in Seijun Suzuki's Pistol Opera, with the shimmering warmth of a steel drum.

That the performances are uniformly solid help the two hours and twenty minutes to flow together into a reasonably seamless film. True, there are a few sequences that maybe could have been shortened, but in the Haruno family we find characters that we can genuinely warm to. When the mother’s anime is screened (including a cameo by Hideaki Anno, who also pops up in Funky Forest) you genuinely feel pleased and enjoy her creation (yes we do get to see her whole anime). Though to me Maya Banno as the young daughter, Sachiko, steals the show, quietly charming us as she evinces curiosity rather than concern at why she is forever being watched over by her larger-than-life self-image. I also have to admit enjoying seeing Anna Tsuchiya in the small role as Aoi, the Go playing girl Hajime has a crush on, being the co-star of one of my favourite Third Window releases of all time, Kamikaze Girls.

For all my potential misgivings, and my eternal concern that any vignette structured film will collapse in upon itself, The Taste of Tea finished as a thoroughly accomplished, lightly surreal family drama that also manages to sew together many of its stories and themes so that, though it may be episodic, it feels very much of a single piece. That it has many quietly fine performances and many subtly touching moments never hurts either and so, if like me, you put off watching The Taste of Tea, don’t. 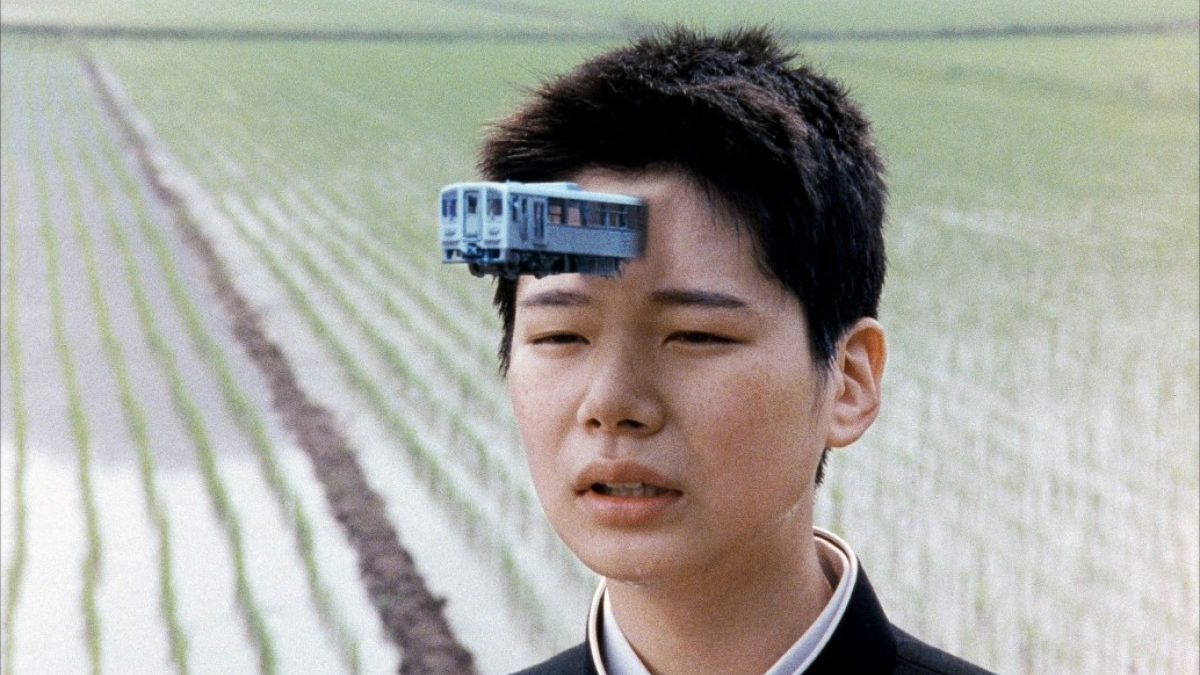