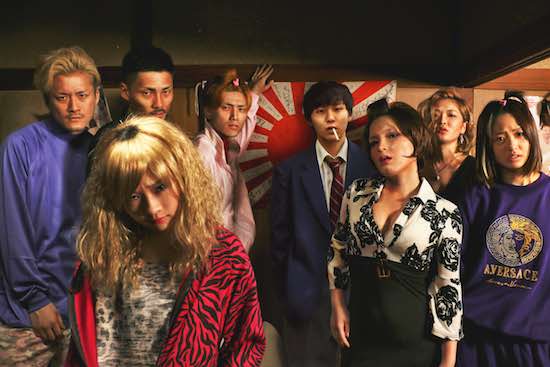 Love and Other Cults

Love and Other Cults is in many ways a textbook example of the style of quasi populist/indie filmmaking Japan has been churning out for over a decade now. With its opening gambit of an impossibly quirky Manic Pixie Dream Girl, a plot choc-full of cults, self-abuse and blooming sexuality, we’re firmly in the territory well-trod by the likes of Sion Sono and Tetsuya Nakashima. As the movie dips into a hefty dose of inner monologuing and self-mythologizing flashbacks, the uninitiated would be forgiven for thinking Love and Other Cults *is* another Sono cut. But for all that its opening act might feel like a definitive case of ‘Here we go again…’, there’s more here than meets the eye. And, yes, while its director Eiji Uchida does work very much within the tropes of ‘cool’ victimhood made popular by countless Sono flicks and their parades of troubled protagonists, as Love and Other cults settles in and finds its feet, it begins to really shine - showcasing an impressive directorial voice all of its own.

With the film essentially amounting to one incredibly extended flashback sequence, it settles in to telling us the story of the extraordinarily put-upon Ai Shima, a young girl who’s forced by her crackpot mother to live as part of a religious commune for seven years. These early sections are arguably where the film is at its weakest - trying hard for a black comedy feel, but more often than not becoming too firmly stuck in its own surreal attempt to craft a sprawling opus-like depiction of an individual’s journey from childhood to teenagerdom. For those familiar with the likes of Sono’s Love Exposure, these scenes are nothing we haven’t seen done elsewhere, and better.

Eventually, the religious cult is broken up by the police and Ai finds herself adrift, unable to fit into the trappings of normal life, before being taken in by a kindly classmate and essentially adopted as part of their family. It’s here that the film finally finds its voice, depicting the unsettling reality of Ai’s new life as her engaging personality eventually turns the family against their own daughter. Climaxing in a frighteningly powerful scene of familial confrontation, everything Ai has built for herself in her new home is suddenly torn away - and she tumbles once again through the cracks of society; this time into prostitution and a life populated by violent, extortionate gangsters.

This transition between surreal black comedy and a more considered, bleakly ‘real’ vision of contemporary Japan’s destitute, seedy underbelly makes for compelling viewing, and a great deal of that is testament to Ai’s actress - rising star Sairi Ito. For a film ostensibly centered around one individual’s life (and all the trials and tribulations that come with it), it follows that they need a stellar performer behind them - and Ito certainly is, becoming a whirlwind of a central presence at the heart of the film, sucking in fellow societal failures like love interest Ryota (Kenta Suga). Ito’s acting is a perfect fit for the overall tone of the movie - striking a delicate balance between the flamboyant, drama-school esque proclamations favoured by Sion Sono heroines, and a more brooding, sultry feel that works wonders in making the movie’s darker second half hit home with the seriousness it needs.

Make no bones about it, Love and Other Cults is still very much within the wheelhouse of ‘edgy’ Japanese adolescent drama in style and substance - a world in which forced sex, self-harm and young hoodlums battering each-other to bits is all in a day’s work. But for all that it feels rooted to this predictable playbook at times, there’s a sensitivity to both the performances and the directorial style that gives its deeper themes room to breathe. Amidst the surrealism, there’s an aching pathos that exists as the perfect nexus between violence, love and the intense, gaping loneliness at the heart of contemporary society. Somewhere, caught between all this, Love and Other Cults achieves the elegiac, world-weary state of brokenness it so clearly wants to capture - a vision of a beautiful girl dancing against the backdrop of an uncaring world.

Extras include, deleted scenes, an alternative ending, a talk between Eiji Uchida + Kenta Suga, a music video and trailer.