UK Anime Network - Movies - How To Use Guys With Secret Tips 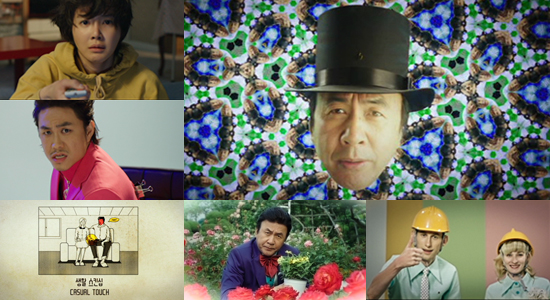 How To Use Guys With Secret Tips

Third Window have brought us some of our favourite quirky Japanese comedies over the last few years but now now, after a brief break, they’ve returned to Korea for another venture into the world of unusual rom-coms. How to Use Guys With Secret Tips is a delightfully inventive, if formulaic, romantic comedy that has the power to charm even the most genre averse viewer.

Choi Bona is an assistant director for a TV advertising production company. She started there five years ago as a perky young thing full of passion and enthusiasm but has been constantly overworked and passed over for promotion in favour of less talented male colleagues. When the guys at work aren’t completely ignoring her or fawning over the conventionally pretty but dim office girl (who appears to be the only other female member of staff) they’re generally making fun of her or regarding her with a degree of disgust. Granted, this isn’t helped by the fact that her has-been director boss works her so hard she hardly ever has time to go home for a proper wash and change of clothes! One evening, on a night shoot on a beach, she falls asleep and wakes to discover she’s been forgotten once again and everyone’s already gone home without her. Then she notices a mysterious newsstand and is conned into buying a series of self-help tapes - "How to Use Guys with Secret Tips" - starring the stand’s strange proprietor. Having made this ill-advised purchase Bona decides to give it a go... perhaps these lessons are just the boost her ailing career needs!

These self-help style tapes take the delightful form of a seventies-esque instructional video, with the stall holder centre stage to explain all his top tips to those eager to learn how to manipulate men for their own ends. He’s even got a couple of glamorous assistants decked out in true instructional video style uniforms ready to demonstrate all the various techniques the instructor recommends. Alongside a host of impressively made up sounding qualifications, the mysterious stall owner offers advice which ranges from the obvious (a sweet smile goes a long way) to a darker "use ‘em and lose ‘em" philosophy, all accompanied by a used car salesman style sickly grin. As the film progresses the video and the main action begin to overlap more and more as the video begins to change Bona’s behaviour, often breaking the fourth wall as its host is allowed out of the TV set to comment on the action as it unfolds. It’s a really nice device which could easily become grating but somehow never does, and actually lends the film an odd sort of charm.

As romantic comedies go, there’s only so much you can do - they have to stick to a pretty simple formula where A and B have to be together but either they haven’t quite realised yet or there’s just a bunch of stuff in their way. How to Use Guys is no different, as Bona meets self-involved idiot star actor Lee Seung-jae who, though originally dismissive, seems to have a strange fascination with her. Both characters share a kind of frustration of being trapped inside pre-defined career roles as Seung-jae battles his manager who’s intent on getting him more financially lucrative, image boosting work like these commercials rather than the worthier jobs he’d rather be put up for. Unfortunately his career’s in a downward spiral and he’s in constant rivalry with another star actor. His sudden obsession with Bona (aided by her How to Use Guys inspired behaviour) causes him to do some very strange things, but also forces him to re-examine himself and his career in true rom-com fashion. Of course, we know they have to end up together because that’s how these films end, but the joy is in seeing how they get there.

How to Use Guys with Secret Tips may not be trying to reinvent the genre or have anything particularly new to bring to it other than its impressive visuals, but it does manage to be both romantic and funny which is more than you can say for the majority of these sorts of films. Some people may take issue with the idea that the way to get ahead in a male dominated industry is to pay more attention to your appearance, flirt madly with everyone whilst still seeming innocent and burst into tears when backed into a corner, but rom-coms have never really been known for progressive gender politics and to be frank it sort of works with the film’s slightly retro sensibility. Like a lot of Korean movies it runs a little long and loses momentum towards the end, but for the majority of its running time How to Use Guys With Secret Tips is a very good example of the romantic comedy done right.

Korean with optional English subtitles.  Extras consist of a "Making of" feature, interviews and trailers.

7
An usual romantic comedy with visual flair that manages to be both romantic and funny despite its conventional set up.
COMMENT AND DISCUSS
blog comments powered by Disqus