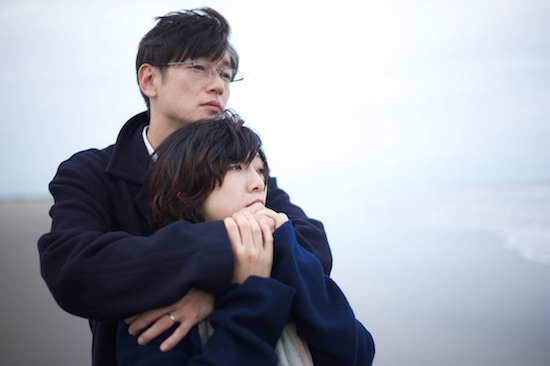 Based on the third of three short stories in Banana Yoshimoto’s novel of the same name, Asleep is an apt name for this tale of grief and listlessness. Starring actress of the moment Sakura Ando, the film proves that little has changed since the release of the book in 1989 when it comes to young lives disrupted by a traumatic event. Slow and meandering, Asleep’s gentle pace may frustrate some but its melancholic poetry is sure to leave its mark.

Terako (Sakura Ando) is a young woman who sleeps a lot. Almost all the time, in fact. The kept woman of a married man whose wife, oddly enough, is in a coma following a traffic accident, Terako has been in a kind of limbo since her former roommate and good friend committed suicide by taking an overdose of sleeping pills. Prior to her death, Shiori had taken up an unusual occupation - she lies next to lonely strangers who just want to know that someone is watching over them while they sleep and will be there when they awake. This also meant that she rarely had the opportunity to sleep herself as her occupation demanded keeping a watchful eye over her charges and falling asleep on the job seemed like a lapse of professionalism.

Mr. Iwanaga, Terako’s boyfriend, is an enabler of the first order. He prefers that Terako not work so that she’s available for him whenever he feels the need to call meaning that she’s always at home, sleeping. She sleeps and sleeps but finds no relief from her exhaustion. Even her dates with Iwanaga feel “like the shadow of a dream”. The constant flashbacks and meandering timelines perfectly reflect someone trying to think through the distorted reality of fractured sleep where the boundaries between dream and reality have become impossibly blurred.

There’s an odd sort of triumvirate of sleeping women here - Terako herself who does little but sleep but is still constantly exhausted; Shiori who denied herself sleep until ultimately deciding to take enough sleeping pills to go to sleep forever; and Iwanaga’s wife who’s trapped in coma. At one point, in a conversation which either happened some time ago or not at all, Shiori remarks that Iwanaga has Terako “on pause” because he’s afraid to move on from his wife (the fact of his having an affair while his wife is lying in a hospital bed even has Terako labelling him a cold, unfeeling man but then she says she likes that kind of thing anyway). It’s as if she’s waiting for someone to hit the spacebar to wake her up again, though Iwanaga is “on pause” too - torn between the choice of abandoning his wife who will likely never wake up and being labeled heartless, or sacrificing the rest of his life in devotion to a memory.

Help does come, in a way, through the intervention of a either a dream or a kind of comic transference - an impossible conversation between two women equally in need of it. Shingo Wakagi’s adaptation is more interested in psychology and existential questioning than it is in hard realities or concrete solutions. A vignette of a moment in a young woman’s life, Asleep gives us little in the way of backstory or explanatory epiphanies and finally ends in the characteristically ambiguous way many Japanese novellas often do, though there is a hint at a possible shift in Terako’s life offered by the final images. A poetic meditation on dream, memory, grief and loneliness Asleep is a beautifully framed, if appropriately distant, look at modern life in limbo.

Asleep was screened as part of the Raindance Film Festival 2015.

8
A poetic, elliptical look at grief and listlessness, Asleep is a fascinating character study of a young woman stuck in limbo.
COMMENT AND DISCUSS
blog comments powered by Disqus