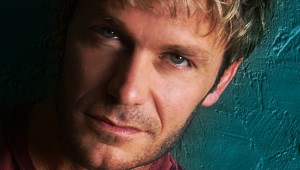 The interview took place during MCM Scotland on Saturday 22nd of September in an interview room with several journalists asking several questions each.

How did you get your start as a voice actor?

I've been acting since I was very young mostly because of Star Trek. I started doing theatre, stage plays and school productions probably when I was eleven, twelve, thirteen and continued it all through college. Twenty years ago, a friend of mine in Houston, Texas that I was working with said “hey you have a lot of acting experience don't you?” And I said “yeah” “you should audition, there's this little place where they dub this Japanese cartoon stuff and they're looking for actors. And I was like “really, like Speed Racer? Like that kind of stuff” and he said “yeah” and I thought that sounds like fun. I didn't know anything at that time twenty years ago. At that time there wasn't a ton of anime out there. This was before it exploded. So I went and auditioned and I got cast at ADV films in this tiny studio in Houston. I got cast as Vega in Street Fighter 2. and I figured this would be a random one time thing that I did once and they called me and said “hey, can you come back and do another one? We got another show” and then another and another and another and it just grew from there and here we are over twenty years later and over three hundred different animated series and video games and I am amazed at how it is grown and that I happened into as I did.

Over that period of time, you've played some characters, Broly for instance, do you feel responsible or any kind of kinship to your characters?

Certainly, some of them I do. Oh yeah, I feel a great connection to several of the characters I've played. In fact I will submit that a good actor will always find something to connect with about every character he plays. Even if they're a homicidal maniac, y'know. A good actor always tries to find something they connect with or can somehow relate to and I've had several of those characters, and I love them very much. Absolutely. And I think viewers can tell. I think viewers can tell when an actor really loves what he's doing and they can also tell when he's kinda dialling it in. Just doing it as I'm getting a paycheck and he throws the lines down but he doesn't really care about what he's doing and I think viewers can tell the difference. They may not know what it is but there's something that either comes through or doesn't come through in the performance.

With regards to voice acting there’s no audience there to pick up on things like that, you're in a room by yourself so with Regards to not phoning it in, how do you approach that?

Well the good news is there’s a director and an engineer who act as your audience in a general viewing audience. There are other people there providing their feedback and giving their take on the performance. So if I'm playing a character who is supposed to be in great pain. As in rip your arm off pain. And I don't do it well or if it really doesn't sound like I'm in that much pain, the director is there to say you need to dial that pain up a little bit. It doesn't sound that agonising or if any number of adjustments a director can give you to help you hone in on exactly the emotion you're trying to give. So while you don't have the generic viewing audience of a bunch of people. The directors job is not only to make sure that the recording is technically accomplished, like matching the mouth flaps and that sort of thing but also that he's a great sounding board for the emotion you're doing.

Having said that is there any specific character where you've been given carte-blanch or free range to put what you want in?

Oh God Yes! I played a character in a show called Level E. I played this character called Prince Baka, if you know any Japanese you'll know Baka means stupid. And the director called me and said “I have a character I want you to play in this show” and he literally used the words “you can do whatever you want” and I didn't really believe him because why would a director let you do whatever you want, right. But he said “listen, this guy is an alien, he comes to Earth and he's kind of mesmerised by pop culture kind of like Mork from Mork and Mindy” Remember how Robin Williams was all over the spectrum, he'd make funny voices and talk really quick and slow and be sad and laughing. All over the place. So when I went into the first recording session for that show, I tested him. We'd come to a line and I'd say can I do this line like Yoda? And he'd be like sure and then a few minutes later, can I sing this line, Sure. Anything I wanted to do. I'd do the emperor from Star Wars and then I'd do William Shatner from Star Trek or I'd pretend to be little Japanese girl. Anything that came to my mind he'd let me do. It was the most fun I've ever had and that was a really freeing experience cause you don't get that opportunity very often. 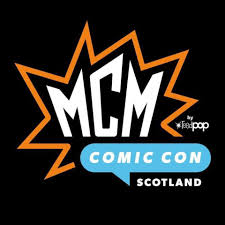