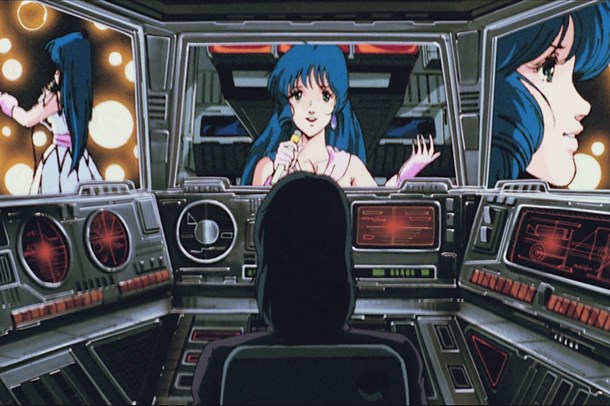 2019 is now a memory, but like all great years, it gifted us with anime memories that lasted beyond it's demise. The team sat down and declared their favourite anime series of 2019 - is yours in the list?

I'm not sure why I find this anime so damn fascinating. Could it be the bizarre attempts to cheat at gambling, could it be the borderline romance between the girls at the academy, or is it, the utter deranged look that Yumeko gives. All I know is that I need more.

I was torn between this or Carole & Tuesday, but ultimately the most feel-good series of the year gave way to the most interesting. Plus Dawfyyd pulled C & T ensuring it was included - lucky!

Shield Hero was needlessly controversial, garnering some ridiculous clickbait articles across the internet. In the same year that If Beale Street Could Talk won an Oscar, some decided that an anime featuring the same fake-rape accusation premise was beyond the pale.

What these critics missed was a layered storyline that had legitimate plot reasons to raise the issues that it did rather than simply using them as a toxic dressing. The lore of this Isekai series was detailed, specific and genuinely intriguing, with some incredible "mic-drop" moments and unbearable tension as things got heated.

In a world of boring, endless Isekai clones, Rising of the Shield Hero had something to say, introduced iconic characters and crafted complex, inter-dependent relationships. The moment Naofumi breaks down in tears becuase Raphtalia believes in him was one of the best moments of the series, cementing their relationship and showing that emotion and reliance on another person isn't a weakness, it's a strength. Though it's handled better in the manga (where Naofumi cries all night) the anime does a fine job translating the moment to screen. The success and popularity of the show have earned it two more seasons, showing how seriously the detractors have misjudged it.

The best anime of 2019 is clear. It's a show about hard work, dreams, the harsh realities of the world we ourselves live in and about taking time for the little things. Oh and also cows.

Silver Spoon was an utterly brilliant show when ot was first released streaming and it's release last year on Blu Ray made revisiting it all the better. There really is nothing like it  thanks to the unique setting and realistic outlook. The fact that the show can have you laughing at poop jokes one minute but then have you in tears over nothing more than a still scene of its cast looking at a shed is testament to just how well this series is put together.

While we are still cruelly being denied a third season (making it part of the exclusive 'where's part 3' club along with the likes of New Game, Spice and Wolf and of course, Half-Life), the episodes we have, alongside with the manga, make this special enough.

When everyone is turned to Stone, Senku Ishigami awakes approximately 3700 years into the future. After developing a formula that can reverse the stone effects on people he embarks on a quest to save the world and return humanity back to the scientific age.

Dr Stone was another show receiving a lot of hype and anticipation, but when it started I found it to nothing special. Sure the premise was interesting and Senku was an interesting character, but things were bogged down with cliché tropes and the baggage of a poor initial supporting cast. Senku has a loud obnoxious friend who felt sorely out of place in the show. Thankfully, this character disappeared and was replaced with a whole settlement of interesting characters.

The main focus of Dr Stone was to develop tools from our modern world but with very limited resources. This in turn made Dr Stone a rather fun show seeing what Senku what invent next. Part of the fun of this show reminded me of science classes from school and figuring out what Senku was trying to achieve.

The crux of Dr Stone is that all the science is amazingly accurate. Meaning that if you know a bit about science you can guess what Senku is trying to achieve when he wants to make glass, iron and mix certain compounds together. Tied into this is also the practical applications he uses these tools for, a great cast of supporting characters and some really emotional moments of triumph and sadness mixed in for good measure. It's probably the show that grew on me the most as I watched it. They have confirmed it will return for a season two. I'd recommend getting caught up by then.

Other notable series of 2019 (which Ross cut for space, get him!) were Kaguya Sama Love is War - a great series with a contsantly evolving cast and comedic situations that stays fresh throughout it's entire run, and The Promised Neverland, a tense, dramatic and exciting game of cat and mouse.

Carole & Tuesday - easily the feelgood series of the year with an incredibly engaging cast and some frankly stunning music covering muliple genres. All tied to a story that, despite being set in the future, contains themes incredibly relevant to the present day.

SSSS. Gridman - kicked off 2019 in style and set a personal bar very few other shows came close to.

Psycho Pass 3 - a return to form for a show that had burnt some bridges in it's second season, deftly introducing an almost completely new cast whilst old faves came back in intriguing new roles. Still digging into some meaty ideas.

While I haven't had much time for anime this year, I did make time to watch three series.

The first, Helpful Fox Senko San, brought us the dream of many an overworked individual - if that dream was having an 800 year old foxgirl (who looked barely legal) Make your dinner, reassure you - and let you sniff her tail! *Ahem*

The second season of Granblue Fantasy was a hit and miss - while it adapted the plot from the mobile game well enough, the change in animators (MAPPA taking over from A1pictures) showed a slight but noticeable drop in quality.

Finally After School Dice Club brought us a regular dose of cute girls doing cute things, albeit this time themed around the world of board games - some of which are available in the UK!

So you could argue that this is nothing new, though I would disagree. Whenever there is a sequel, a spin off or another generation, the work will be considered derivative. Not here - I loved Boruto, the successor to Naruto.

Typically I am known to love ecchi, neither this show nor its predecessor are examples of this aspect. While Naruto was an epic emotive tale that told of the exploits of an orphan boy who went from being an outcast unloved joke to the hero who gained respect and saved the ninja nation, Boruto is careful not to rehash the forumula.

Based on the manga, like Naruto, it outpaced the source material. Unlike Naruto, the extra episodes don't feel like filler. With Boruto, the mix of old and new compliment each other beautifully - this is a great show and I look forward to seeing what comes next.

Dororo is a dark fantasy series that follows the tale of Hyakkimaru, a warrior shrouded in mystery that uses prosthetic limbs to battle demonic foes.

This series, an update of the original anime from 1969, is a exactly how you do an update -adding even more flare to the battle scenes, whilst retaining the emotional story of Hyakkimaru and Dororo as they journey across Japan trying to restore our hero's lost body.

Did your favourite make the cut? Let us know in the Forum.