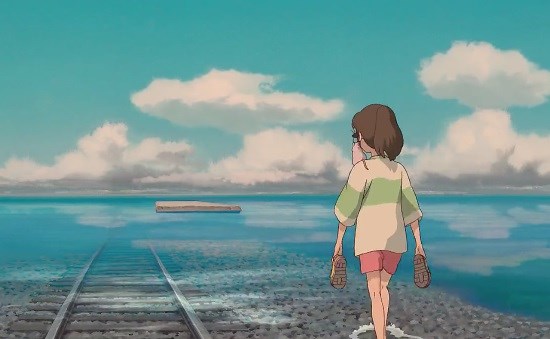 Did Hayao Miyazaki terrify the Oscar committee? It's a question I've pondered on and off for a while now and whilst researching this article. The evidence certainly seems to support it. Picture this - it's 2002 and the Academy Awards committee are probably feeling quite proud of themselves. After spending over 60 years trying to figure out what to do with animation - Beauty and the Beast was at the time the only animated film ever to be nominated for Best Picture in 1992, with a staggering 17 years to wait for another to receive the same honour (Up) - they'd finally created an award for Best Animated Feature. They were likely still busy patting themselves on the back now that films for the kiddies (like the inaugural winner Shrek) could be given a prize without having to recognise them in the same category as 'real films'. Possibly we're selling the Academy short here, but lets face it, they've historically always had issues with things that fall outside their neat little boxes.

The studio behind the previous year's winner, Dreamworks, hadn't exactly set the world on fire with Spirit. Everyone's favourites, Disney, had the same issues with both it's entries for the year (Treasure Planet and Lilo & Stitch) leaving only Ice Age to battle it out against Ghibli's entry (though admittedly it was also technically a Disney entry as they were running the American distribution) and that was never going to be a fair fight. 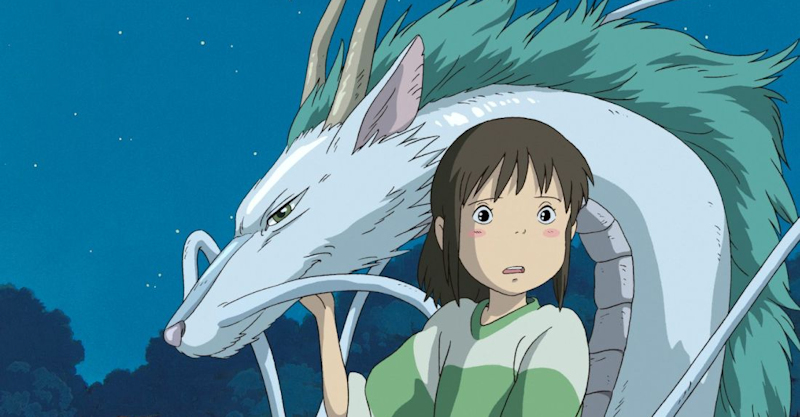 The Oscar win was a rocket for Ghibli and anime worldwide

So Spirited Away became not only the second ever winner of the Award but one of only two non-American films to do so and it's the only one of those from a non-English speaking country. Remember those neat little boxes we mentioned? In the back of the Academy's collective mind at the time was almost certainly the neat-certain idea that they would only ever need to present the award to American movies since, after all, who could ever challenge the powerhouses of Disney and Dreamworks?

To my mind this win really put the fear of anime into the Academy committee, as looking through the years only 5 other anime films have ever been nominated. 4 of those are from Ghibli (which also makes Miyazaki one of only 8 people with 3 films nominated). The debate over whether any of them should have won or not is perhaps one for a different time, but it's hard to argue that more anime shouldn't have at least made the short list in other years. Could anyone argue that Paprika wasn't vastly superior to, of all things, Happy Feet which won in 2006? That From Up On Poppy Hill isn't a better film than Rango? Heck, I thought Night Is Short, Walk On Girl was decidedly average but it was better than Coco!

But Spirited Away is certainly worth more than the value of it’s award (which is still traditionally set at $1) or any other commercial claim to fame. It’s just one of those films in which almost everything comes together just perfectly. The film came about after it’s famously crotchety director decided to craft a story around a bathhouse from his hometown. His two initial ideas were both rejected, not a word that one tends to associate with Miyazaki, but the third that would become Sen to Chihiro no Kamikakushi was accepted and put into development. Miyazaki combined the bathhouse with a desire to tell a tale for young girls which didn’t lean on the traditional shoujo manga tropes and created Chihiro, the young child standing on the precipice of puberty and adulthood. On paper she’s very much a Disney style heroine, but in practise her character and journey are more complex both for her and, critically, the audience as well.

The fact of the matter is that when we meet her, being dragged from her school and friends to a new home, still clutching at a bunch of dying flowers which symbolically represent the fading of the life she has known, we don’t actually like her. Chihiro is loud, she whines, she's a coward - she’s ultimately annoying. What Miyazaki, and to give full credit where it is due both the Japanese and English voice actors, accomplish is to take the character on a journey where she grows beyond these childish traits. Whilst she’s not a traditional heroine by the end of the film, her character has developed in a more complex manner than you’d normally expect. She becomes brave, resourceful and determined. She’s still afraid, but she is prepared to face down those fears. She becomes a character that you like and root for. She grows up. The child we meet at the beginning of the film is, by the film's end, well on her way to maturity and adulthood, which seems to be every bit Miyazaki's intention. He doesn’t want the young girls in the audience to follow shoujo tropes and fall in love with a pretty boy - he wants them to become strong, individual people who can forge their own path, and that’s no bad thing.

Now admittedly this isn’t a character journey that is unusual for Ghibli films. Characters like Najica and Kiki both went through similar arcs, as did Haru and Arrietty later, even if all of them started the journey at an older age. What you get from Spirited Away is the sense that this is the time when Ghibli really refined the arc and perfected it for the first time, and they reinforced it by having many of the other characters around Chihiro follow the same journey too. When we meet Yubaba’s giant baby for example he very clearly mirrors Chihiro as we see her at the start of the film - self-important, entitled and ready to throw a tantrum and cry when things don’t go his way. But by the end of the film he learns to stand up for himself, to put others first and to grow up.

Even without this, it helps that each side character is so carefully established and characterised within the world the film presents. You have Kamaji, the multi-limbed boilerman whose design is purse Ghibli fan-service in some ways, who also feels a little like he may be a representation of Miyazaki himself within the film as he grumpily commands his army of soot creatures to carry out their tedious and time-consuming tasks before eventually revealing the softer man underneath. In No Face Miyazaki manages to craft a character who is very complex in nature despite not having lines for much of his appearance (not to mention creating one of the easiest and most-common cosplays of all time). Even the most minor of characters tells a story, like the jumping lamp who seems clearly inspired by Disney’s Alice in Wonderland.

These characters work in tandem with an environment that brilliantly tells many stories on its own. From the market town stalls which are so familiar to anyone who has visited Japan to the massive bathhouse and even the country lanes of Swamp Bottom, the design of the environment works with the side characters to quietly tell their own visual stories alongside the main plot. 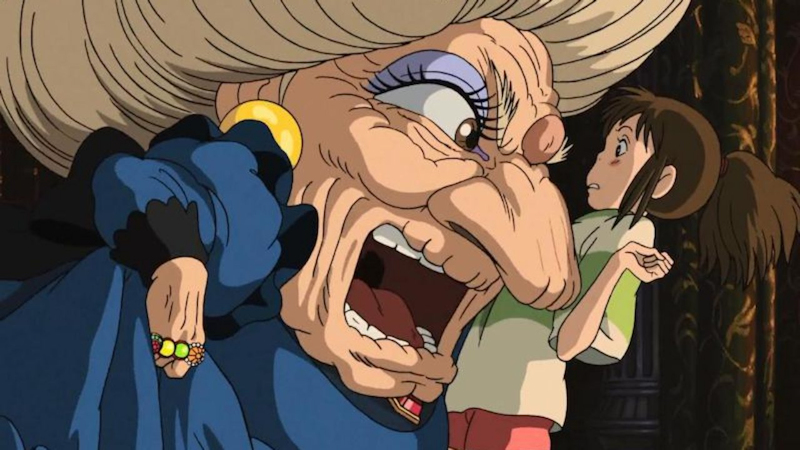 The bathhouse for example displays a clear split between the lower levels where Japan’s spirits are cared for using traditional methods and the upper levels where Yubaba lives in decadent Western style. A throwaway reference to a train that only goes one way references the exodus of Japan's people from the countryside to the cities, reinforced by the train's occupants proving to not be incredible spirits but fading, suited workmen. The refuse pulled from the river spirit is a monument to mass consumerism and so on. The more you look into the film the more you can see how deeply many aspects of it can be seen to have much more meaning than just what brushes the surface.

On top of all of this, you have one of Joe Hisashi’s finest scores; full of fantastic, evocative orchestral pieces which serve to enhance the film from it’s quietest moments to its most incredible action set pieces. The Japanese cast is on form but so is the English one - even more impressive given that this would be the last time that a Ghibli film would be dubbed without any big name talent. Amusingly Daveigh Chase voices the main characters in both this and Lilo and Stitch, one of the big Disney films that was defeated by Spirited Away at the Academy Awards. The Oscar win arguably led to more investment into Ghibli releases old and new - it’s a testament to the film's American producers, directors, screen writers and voice actors that Spirited Away’s dub can stand up to films with larger budgets.

It’s for all these reasons that Spirited Away still holds up today as an indisputable classic film. From the incredible care put into its crafting, to it's underdog victory at the Oscars, this is a film that really does have it all. Let’s not forget the sheer joy of getting to see it on the big screen as it was likely one of, if not the first, anime films that many Western fans will have seen on the big screen.

Make no mistake, this is one of the crown jewels of not just anime, not just Japanese cinema, but of world cinema. And that's as true today as it was 20 years ago, and will doubtless be the case 20 years from now too.