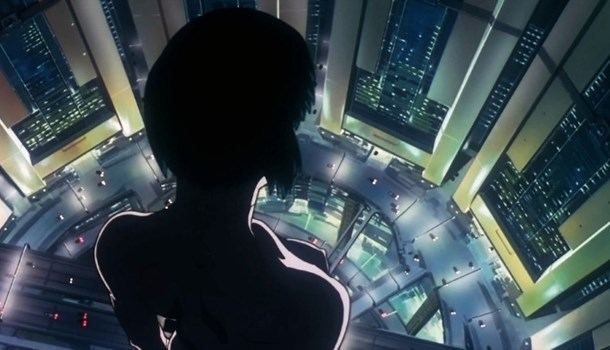 
One of the weird things about getting older is realising just how long ago so many of the big moments in popular culture actually occurred. For example, did you realise that it's now been 25 years - a quarter of a century- since the release of Mamoru Oshii's seminal film Ghost in the Shell, adapting the classic manga of the same name by Masamune Shirow?

The film follows Motoko Kusanagi, aka The Major, a cyborg operative of Section 9 - a mostly secret black and cyber-ops unit working for the Japanese government. During the film, section 9 is tasked with hunting down a hacker known as The Puppetmaster, a moniker earned due to his ability to hack into cybernetically enhanced brains and edit memories to make them unwitting servants. The case will cause the already philosophically inclined Major to fully question the nature of her own soul, referred to in this world as her "ghost".

Watching the film again now, the influence it has had over the last 25 years of science fiction is unquestionable. Far from just inspiring a variety of it's own sequel films and series, including the spectacular Stand Alone Complex, you can see the impact everywhere from the similarly introspective plot of Alex Garland's Ex Machina to the vast quantity of concepts and visuals that were lifted wholesale and plugged into the Matrix movies.

One reason for this is that Ghost in the Shell is one of the first anime films to truly start to find a wider mainstream audience in the West, thanks largely to it being a British-Japanese co-production between a trio of the biggest names in anime production (Bandai, Kodansha and Production IG) and none-other than the UK's own Manga Entertainment.

As for why it was deserving of the critical praise it received and why it's legacy has lasted so long, well, watching the film makes it obvious! Unlike many other genre classics, Ghost in the Shell pretty much fully holds up today. True, the CGI is from the early 90's and it doesn't quite stand up to scrutiny, especially with modern media players happily upscaling things, though CGI is used sparingly. There are also more than a few areas where a more savvy viewer can spot that long still shots go on rather longer than is strictly required for artistic merit and are clearly being used to shave corners under a tight budget (though $10 million seems pretty good when even Ghibli's offering for the same year, Whisper of the Heart was only made for $6.5 million).

However, those niggles aside, there's so much here that remains spectacular. Take for example the unquestionably iconic opening which finds the Major perched atop a skyscraper listening to radio chatter before removing her overcoat and jumping off nude into the vast chasm of a Blade Runner-esque city and vanishing into thin air. It's the perfect scene to draw in an audience - beauty, tension and stunning animation. The moment proved so iconic that the franchise has tried to copy it on at least two or three other occasions, without ever quite capturing the magic at work in the original. The rest of the film delicately balances the action and philosophical  aspects of it's story, though it does trim out most of the more whimsical and comedic aspects of Shirow's original work.

The film is unquestionably director Mamoru Oshii’s magnum opus, pulling together elements of the visual language of Western and Japanese science fiction and combining them into the most enduring version of the cyber-punk aesthetic. Meanwhile the whole thing is backed up by the incredible score by Kenji Kawai. Whilst his work on Ghost in the Shell would later be rather upstaged  by Yoko Kanno’s work on Stand Alone Complex, what he achieves here is absolutely enthralling with the crowning glory being the utterly haunting vocal melody that plays over the film's opening credits.

Some works just cannot hold-up in the modern world. Things like the Graphic novel of Watchmen and the original King Kong find themselves left rather adrift as the culture extracts what made them originally ground-breaking and recycling it into other forms to leave little more than a dim memory highlighted only by brand recognition.

However Ghost in the Shell is one of those iconic works that still enraptures today. Every viewing will reward you with something familiar but beautiful, thanks to skilful direction, timeless animation and questions about the  human condition that ensures this work will continue to endure.