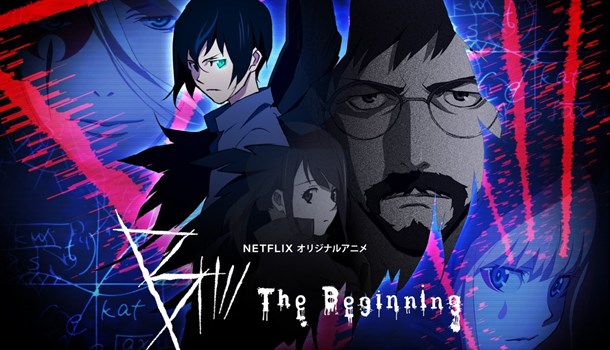 Being one of the holdouts who refuse to subscribe to either Amazon Prime or Netflix, B: The Beginning, being a Netflix Original, didn’t really register on my radar until Anime Ltd released the blu-ray. It looked interesting and the participation of Production I.G is always tempting, but not enough for me to buy it until snagging it in the end of year sale. Now I know why.

Killer B is murdering criminals on the streets of the Kingdom of Cremona. Criminals often manipulated by an organisation of genetically manipulated humans. Fear not! for the Royal Investigation Service (RIS), joined by returning maverick ex-investigator Keith Flick, are on hand to unravel various intertwining mysteries.

B: The Beginning is an apt title in as much as it feels firmly B territory, not in the sense of B-movies but at best this twelve-part series is a B, and if a B not a plus but a minus. B: The Beginning is an oddball series in that it doesn’t seem to know what it wants to be and ends up being a load of different things, some done quite well, some executed quite poorly. The series opens in worryingly trite fashion, with Killer B killing off two men who hunt/torture/attempted rape a woman in a forest. It’s trite for the character designs, where the criminals are all bent-toothed misshapen creatures and so full of this-is-an-evil-lunatic visual cues that it's immediately depressing, plus frankly the violence and sexual threat against the woman is gratuitous and borderline unpleasant. First impressions matter and this one left a sour taste. Mainly the series leaves this behaviour behind, at least in terms of unnecessary sexual threat though most villainous characters do tend towards the pointlessly psychotic, lick knives and giggle types that leaves this reviewer’s eye-rolling in despair.

But anyway, the main issue with B: The Beginning is how it has two strands going: the RIS investigators, especially the brilliant but erratic Keith Flick, investigating Killer B; then there’s the shadowy supernatural organisation that wants to reel Killer B in, for reasons disclosed as the series goes on. The detective elements of the series are generally quite well developed and by far the most compelling parts to watch; but the supernatural storyline never really gets going. We learn a lot about Killer B, their past – also how they intersect with the RIS – but beyond Killer B, none of the supernatural characters exist beyond mere cyphers, before existing as a conglomeration of irritating cliches, and the narrative behind it seems so utterly throwaway. It’s like in the story development sessions someone said: right, let’s have this genius detective, called Flick, and have him and the ragtag oddballs around him solve crimes. To which someone pipes up: but what crimes? The room is silent. Finally, someone says: um, something supernatural, perhaps? Beyond giving us a second protagonist in Killer B, as avenger and their real-life character, the supernatural element just bores the pants off you and serves little except to move the series forward, whereas there is more in the RIS angle.

Even here there are problems, because it all reminds you of other series even if you cannot put your finger on which (mainly because in my case I couldn't rouse enough interest to do so), because it’s another mishmash: Flick: difficult and brilliant with a past; the young investigator, Lily; the old pal, Boris, who knows how much a genius Flick can be, but also how impossible to he is to predict... and so on and so forth. To be fair, many of the character interactions within the RIS work pretty well, but it’s nothing new in terms of the characters or how they engage with one another, and some of the more peripheral RIS characters again are cyphers at best, with the rest often recognisable as archetypes, with only Lily, as the newer, younger, determined investigator, having the good fortune to have her character in any way fleshed out. She gets some nice scenes with Flick, too.

The animation from Production I.G is smooth and slick as you’d expect, even if the designs are nothing remarkable, though some of the scenes of the Kingdom of Cremona are lushly Mediterranean. They also chose to take the "let’s have our protagonist's thought-processes appear on screen" route, which is a pain when watching with subtitles. But it’s occasional enough not to ruin things entirely.

Essentially B: The Beginning just doesn’t know what it wants to be. If you want a detective series, you’ll be better served by other series; if you’re after supernatural then just about any series will be better than the limp pedestrian elements B: The Beginning provides. That said I did down all twelve-episodes in one evening, though after three I almost gave up; so, the series does improve as it goes on, but at best providing minor thrills. What I cannot understand though is why Netflix greenlit a second series, B: Succession, because I struggle to see anyone really getting that excited about it. When I see a series like Land of the Lustrous, from a year earlier, a real gem (pun intended for those that know the show), unique and rich in promise of further delving into that world, well, all I can say is there is no justice in this world. Except in the Kingdom of Cremona, of course, as the RIS will prevail as justice always does. 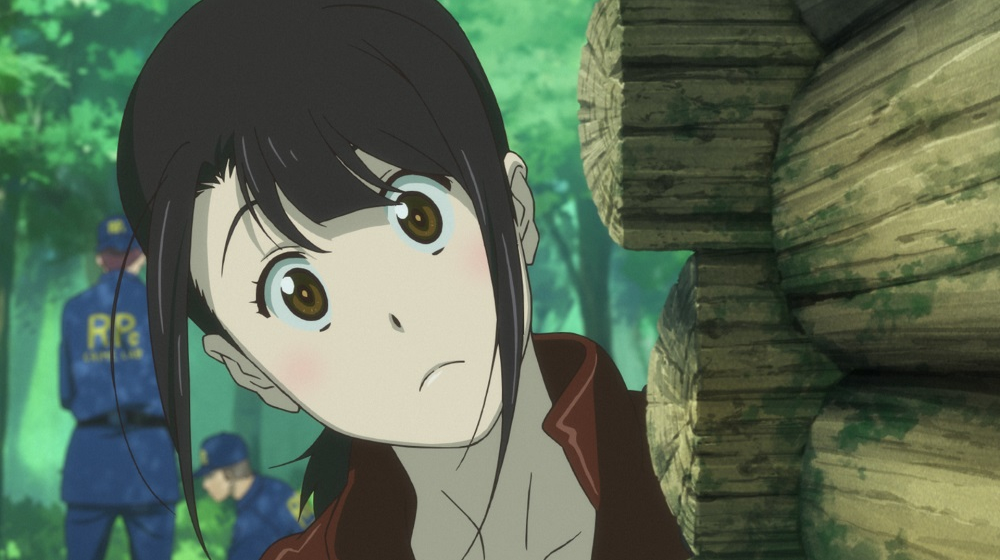